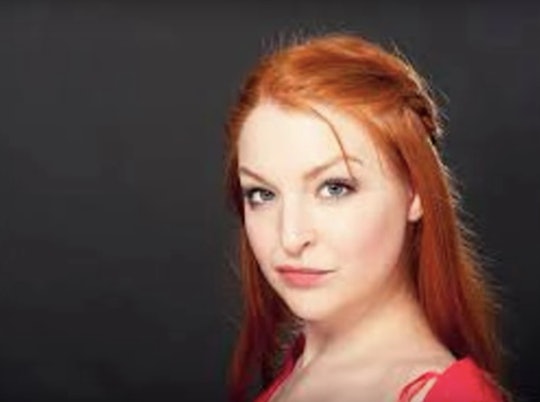 In an emotional GoFundMe post pleading for the public's help and support, Game of Thrones actress Josephine Gillan claims that the Israeli social services "kidnapped" her nearly 8-month-old daughter last week. Gillan, who portrayed the prostitute Marei in the HBO series for several seasons, wrote in her post on the crowdfunding site that her daughter, Gloria, had been in the care of her friend while she was in therapy for postnatal depression.

"I came to Israel to have my baby, my beloved daughter is almost 8 months old, I raised and cared for her from birth," Gillan wrote on her GoFundMe page. "When she was 5 months old the Israeli social services decided my baby should stay with my friend while I go to [therapy] for [postnatal] depression, my friend has been amazing and her and her amazing family love and cares for my daughter Gloria with a true love to me and her."

Gillan's post went on to detail her alleged experience with social services in Israel, claiming the agency and police "came in the night," just after midnight, and removed her daughter from her friend's home and "took her to another family."

"I'm not allowed to see her or have contact! I have no idea where she is!! I was not there at the time and was not aware of what they had done! It's absolutely outrageous!" Gillan wrote. "I have not done anything wrong and neither has my friend who was caring from her!" Gillan also claimed that Israeli authorities "threatened" to take her friend to jail if she didn't follow orders.

On Aug. 7, Gillan shared two videos on Twitter allegedly showing her daughter being taken from her friend's home by Israeli officials. "The disturbing moment that the #Israeli #socialservices kidnapped my baby!" she wrote on Twitter last week. "At 12:30pm at night on Sunday! My friend pleaded! But was threatened to jail if she did not hand over my baby! me & loving friend and her family! We are all heartbroken!"

"They marched her out with police either side of her and took her away into the night!" Gillan wrote on GoFundMe, claiming "what Israeli social services have done is illegal" and said she's "fighting" to get her daughter back.

On Gillan's GoFundMe page, the actress said she's not currently working as Game of Thrones wrapped its final season in May 2019 and she's "been busy with motherhood." Due to the expensive legal costs and lawyer fees, Gillan said she's "reaching out for donations to please help raise enough money to bring [Gloria] back to where she is safe and loved!"

"No child should be without [their] parent! Especially if they are good and care for the child devotedly!" Gillan's GoFundMe post concluded. "I'm heartbroken at the moment and just want to see and be with my baby girl again."

Gillan was born in Kent, England and is Jewish, according to the Daily Mail, and qualifies for Israeli citizenship through her mother. The Israeli government notes that "acquisition of nationality by birth" is given to people who were born outside of Israel, but either their mother or father is an Israeli citizen.

The actress had moved to Israel last year before her daughter was born in December, according to The Jewish Chronicle. Speaking to the Daily Mail on Thursday, Gillan said, "I'd left Britain when I became pregnant because I feared my child would be taken away by social services due to my troubled past with abuse, mental health issues and suicidal thoughts."

Prior to her acting career and role on Game of Thrones, Gillan had worked as a sex worker, according to People, and has candidly spoken about her difficult childhood in the past. Gillan told the Daily Mail in 2016 she was taken into foster care at 12 years old and "corrupted" by sexual abuse, alcohol, and drugs as a teen.

In a recent interview with The Jewish Chronicle, Gillan said, "I did anything Israel wanted me to do, I wanted Israel to help me. But they decided to take my baby from my care and they didn't help me — they made things really bad for me."

Gillian claimed in Thursday's interview with the Daily Mail that British authorities "alerted those in Israel" of her difficult past when she gave birth last year. "The local social workers came to see me right away," she said, adding that four months after she gave birth, she started to suffer from postnatal depression and Israeli social workers said she needed to "seek help." In the same interview, Gillian said she was "completely frazzled with all the medication they'd made me take" during her three weeks of medical treatment.

Gillan did not immediately return Romper's request for further comment. Israel’s Ministry of Social Affairs and Social Services could also not immediately be reached for comment, though a spokesman for Israel’s Ministry of Labour, Social Affairs and Social Services did provide a statement to The Jewish Chronicle that noted "cases such as this are under complete confidentiality by law, therefore it is impossible to reveal identifying details."

"Professional personnel of the ministry of labor, social care and social services are dealing with this complicated situation and our international unit is in touch with the ministry's peers in the country of origin, with the judicial system and with all relevant factors," the statement to The Jewish Chronicle continued. "The baby's best interest is what leads any action taken by the ministry.”

Israeli officials were reportedly "acting on a court order" and have "temporarily" placed Gillan's daughter in foster care, according to The Independent. Gillan told the Daily Mail that she had been visiting family back in England and was "kept under observation at a hospital in London" for some time. Apparently, when she wanted to return to Israel to be with her daughter, medical professionals were reportedly concerned about her ability to fly. As she told the Daily Mail, she decided to use her her Israeli passport to travel off-the-radar from UK airport officials to get back to Israel, via ferry then a flight. By the time she had returned, Israeli social services had reportedly already started the process to move Gillan's daughter into foster care.

More Like This
Drake Shared A Photo Of His New Face Tattoo & It's A Sweet Tribute To His Mom
Anne Heche Remembered As "Loving Mother" To Her Two Sons After Her Death At 53
Dan Levy Just Proved He's The Ultimate Uncle With This Perfect, Sweet Answer
Neil Patrick Harris & David Burtka Hate Children's Menus — And With Good Reason