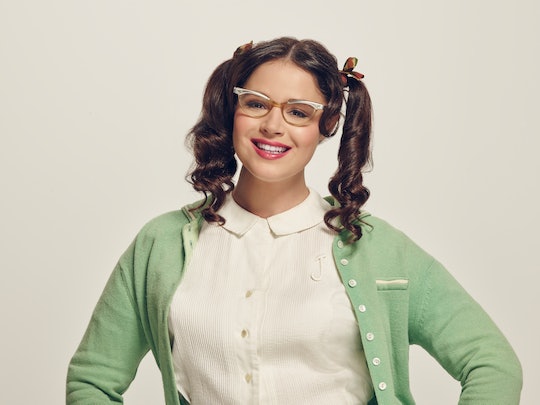 'Grease: Live!' Doesn't Call Jan Fat, But It Could Lose The Food-Shaming

Given that the movie version of Grease included some pretty controversial stuff, it's no surprise that the family-friendly Grease: Live! had to rework some of the lines to be a bit more appropriate for 2016. One notable change in Sunday's version? Jan isn't called fat in Grease: Live!. Unlike in the 1978 film, where Putzie tells Jan, "I always thought there was more to you than being fat," Grease: Live changes the dialogue so that he tells her instead that there was more to her "than being weird." The change was a huge deal — how awful would it have been to see that exchange actually happening now? — but unfortunately, Grease: Live didn't otherwise stray too far from the original fat-shaming undertone of the film.

Even though no one actually commented on Jan being fat (and, seriously, it's offensive that it's implied that she's fat just because she isn't Hollywood skinny!), there was plenty of commentary about food throughout the show to remind us all what we're supposed to think about Jan's weight — oh, sorry, her weirdness.

And, as many people rightfully pointed out, Jan (as is usually the case on television) was actually not fat and probably actually resembled the average woman:

It's relieving that Grease: Live! cut the original references to Jan's weight. After all, there's really no real reason for it — it's not like it has anything to do with the plot line. But especially since the live show was intended to be "family-friendly," it seems like Grease: Live! was in a great position to tweak things even further to ensure that Jan was not a punch line.