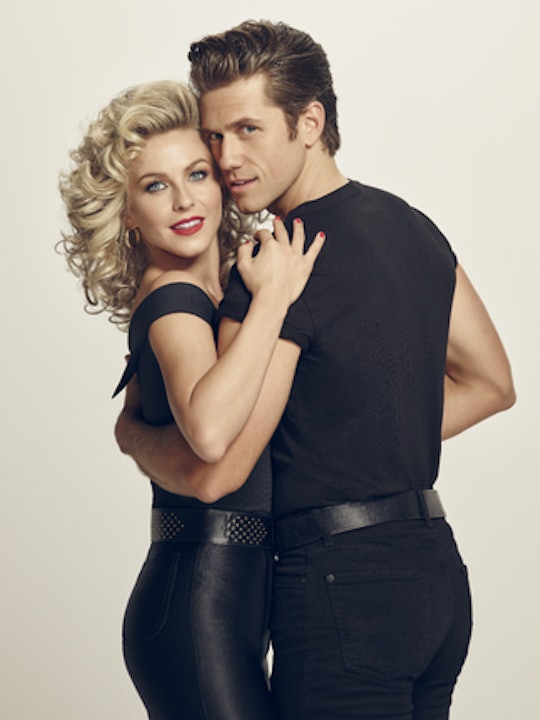 'Grease: Live' Spoilers From The Promo Will Get Fans Pumped — VIDEO

OK, it's time to start planning your Grease: Live viewing party. The musical extravaganza will air on Fox January 31 and, up until now, the cast and crew have been keeping very quiet about what's in store. In a new promo released yesterday, though, they open up about the show every Rizzo-admirer and beauty school dropout has been waiting for. Without further ado, here's the best spoilers from the Grease: Live Promo.

In the video, executive producer Marc Platt explains that the show is not going to follow the movie-version fans know so well. Nor is it going to follow the stage production. Think of it as a Grease remix. "Our intention is to take the best of the film, draw a little bit upon the stage production, and emerge with our own refreshed, but true, Grease," Platt says in the Fox promo on Broadway.com:

The feel of our production is going to be alive. It's going to be contemporary, even though it will be true to the fifties. It's going to be fresh and colorful — and that music that just makes our toe start tapping the minute we hear it. There's nothing quite like a live event.

Rizzo will be played by Broadway veteran Vanessa Hudgens, according to Broadway.com. From the promo it looks like she's mastered the Rizzo-grade side-eye and ever-present cigarette. "As soon as I put my costume on I started to find my Rizzo," Hudgens says in the promo.

Sandy will be played by Julianne Hough, who seriously resembles the original Sandy, Olivia Newton-John, minus the Australian accent. Aaron Tveit will play her leather-clad summer love, Danny. In the video, Hudgens says how excited she is to work with this cast, especially Tveit. "Aaron Tveit is going to nail his character," she says. "He's got that cool." The role is iconic, but what really drew Tveit to the project is that it's live. He says, "Doing musicals like this live just creates an element of surprise, and an edge that you don't know what's going to happen that I think is really exciting."

Aside from those core roles, fans will see in the promo there are some unknowns, too, that have been created specifically for this production. Many of those new characters add some much needed diversity to this group of friends. David Del Rio will be playing a new character called "Putzie," and Keke Palmer will be Marty. And, viewers may have missed it because it flashes across the promo for just a second, but, yes, Carly Rae Jepsen will don a "pink ladies" jacket for the role of Frenchie.

With the success of The Wiz Live! and the musical remake of Dirty Dancing in the works, it seems we're entering a new age of made-for-T.V. events. The musical is making a comeback, people, and, frankly, it's electrifyin.'