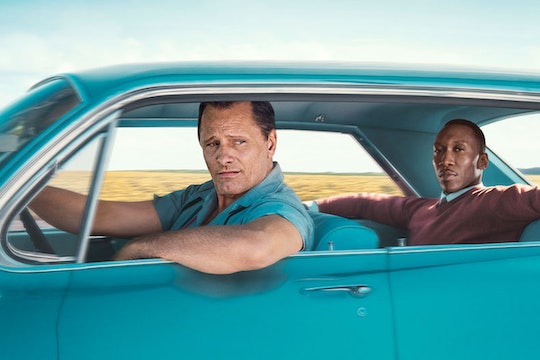 The 91st Academy Awards are in the books. Green Book won Best Picture, but the reaction to the controversial film's win was decidedly mixed. There was some stiff competition in the category, and many seemed to be hoping that one of the other films would win. Marvel's Black Panther, Spike Lee's BlacKkKlansman, the Queen biopic Bohemian Rhapsody, the royal drama The Favourite, the Dick Cheney bio Vice, Lady Gaga's A Star is Born, and the Mexican drama Roma were all nominated.

There was definitely a lot of controversy associated with Green Book, set in 1962, which some alluded to on Twitter. The movie tells the story of real life black pianist Don Shirley, and the white man he hired to be his chauffeur. But Shirley's family spoke out against the film, calling it "full of lies." Vulture noted that Green Book star Mahershala Ali even went so far as to apologize to the Shirley family for taking on the role. Nonetheless, according to Vanity Fair, he ended up taking home the Best Supporting Actor Oscar.

Heading into the Oscars, Green Book was by no means a lock for Best Picture, though it did win the Best Motion Picture Award in the musical or comedy category at the Golden Globes.

While a few fans on Twitter were happy with the film's Best Picture win, many more were super disappointed.

At least one fan thought even presenter Samuel L. Jackson found the choice surprising, and couldn't hide the confused look on his face as he opened the envelope for the big reveal.

Black Panther fans were really rooting for the blockbuster superhero movie to take home the Oscar. Though it missed out on the top prize, the Marvel movie did win six awards. That included best costume design, best original score, best sound mixing, best sound editing, and best production design — not a bad night.

Some felt that pretty much any of the other nominees was more deserving.

Or pretty much any movie, real or not.

Many movie buffs were hilariously waiting to hear that there'd been some kind of mix-up, just like the disastrous La La Land/Moonlight debacle back in 2017. But nope, there was no mistaking it this time around — Green Book really did win.

Viewers who watched the film's producers accept the award also felt like the thank yous were a little off base.

Of course, no one movie is ever going to be universally agreed upon as the best, no matter how many accolades it wins — the L.A. Times is already calling Green Book "the worst best picture winner ever." People being dissatisfied with the Academy's choice is really nothing new, however.

If you haven't seen all of the nominated movies yet and you want to judge for yourself whether Green Book truly earned the Best Picture win, Fortune has the details on how to watch all of the films online.