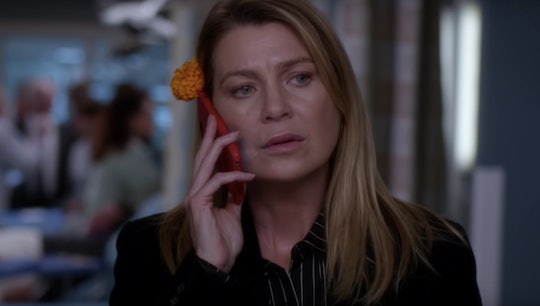 This year is already shaping up to be pretty incredible for TV. Though the show is not yet back from its scheduled break, The Hollywood Reporter has confirmed that Grey's Anatomy will be adding on three more episodes to its final season, upping the count from 22 to 25. The show is in its 15th season on ABC.

The show's conclusion has been highly speculated upon. Given that the medical drama has been on TV for so long, many wonder when it will reach its natural conclusion — or, at the very least, kill off enough characters to make the plot unsustainable. In an interview with Entertainment Weekly back in September, Ellen Pompeo, who plays the show's titular character, hinted that, though she was not "formally announcing" the end of Grey's, she anticipated a conclusion on the horizon.

"I’m clearly not prepared right now to make any formal announcement about what my future is on the show, but I am really feeling like we have told the majority of the stories that we can tell," she told the magazine. Deadline later reported that Pompeo's comments lead some to believe she was hinting that season 16 would be the show's last (this is currently the show's 15th season).

As for the show's creator, Shonda Rhimes has spoken about how difficult it has been to even begin to decide how the show should end, and at this point, Cinemablend.com reported, Rhimes told Entertainment Weekly that she's going to take a "hands off" approach, and see where the story goes.

"I have written the end of the show at least six times. Seriously, every time I felt like, 'This will be how the show ends,' we've gone past those moments so many times that I've stopped trying to come up with envision for it," Rhimes added. "We just don't end. I have no idea now. Krista [Vernoff] and I have joked that my daughter, Harper, and her daughter Coco will end up running the show one day."

When asked whether or not she considers the show's longevity among her most outstanding accomplishments, Rhimes told Entertainment Weekly: "I don’t keep a list on accomplishments. I’m incredibly proud of the show, and I still, every day, pinch myself that we even got on the air and that people watch and people care about it as much as they do. Everything about that show has been a miracle to me, so I love it.

It's clear, however, that the show is in demand. The Hollywood Reporter shared that Grey's is set to break the record for longest running medical drama in the winter or early spring of this year. The Reporter also added that the show will likely continue "as long as star [Ellen] Pompeo wants it to," and that her current contract has her through season 16, though no renewal has yet been instated.

Be that as it is, it's clear that both fans, producers and the show's stars recognize that Grey's has not quite reached its natural conclusion, and everyone in charge seems to be more than willing to allow it to end the way that it needs to, when it needs to. For now, let's just celebrate getting a few more episodes for this season — more Grey's is always good news.