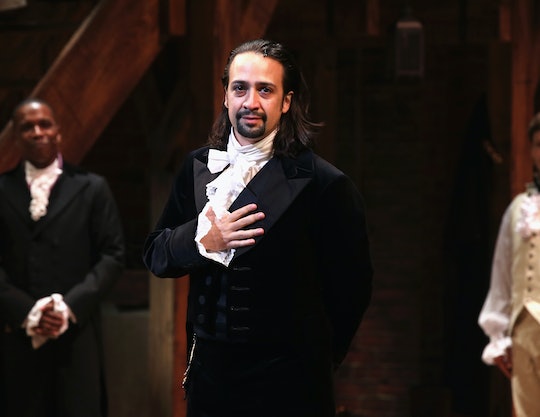 Shortly after news broke that a gunman killed at least 50 people at Orlando gay nightclub Pulse Sunday morning, producers announced Sunday's Tony Awards would be dedicated to the Orlando victims. Though we don't know exactly what we will see the show do to honor the victims beyond a dedication, we do know what we won't see the show do. According to New York Times reporter Michael Paulson, Hamilton's Tonys performance will not feature guns.

Guns are, after all, key to the show, about the life of Alexander Hamilton, who was killed by gunfire during a duel with Aaron Burr. But the beloved Broadway show, which features muskets, will no longer feature the prop in order to pay respects to the dead and wounded in the Orlando terror attack, the worst mass shooting in U.S. history.

The show, however will still go on — and so will Hamilton. The cast of the musical — which is expected to pick up numerous awards during Broadway's biggest night — will also perform at the ceremony, with Lin-Manuel Miranda, Phillipa Soo, Leslie Odom Jr., and more taking the stage to perform from the critically acclaimed play. But, even as they perform, it's impossible for cast members to not be thinking of those we lost today. As we know from Twitter, Miranda is already doing so.