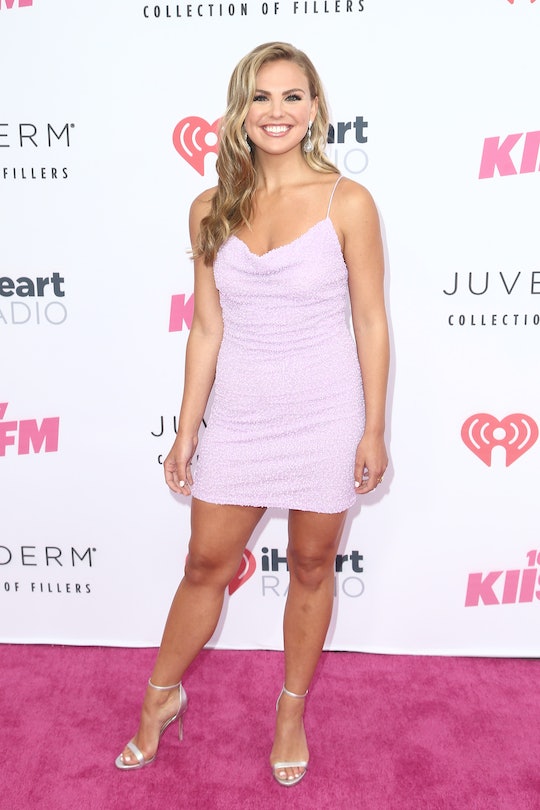 Hannah B. Is Just Living Her Life & People Need To Stop Shaming Her For It

It’s been 15 long seasons of watching 25 men fight over one woman for two months just to (hopefully) see one of them get down on one knee at the end, which in most cases doesn't work out. During Colton Underwood’s season I wasn’t a fan of Hannah Brown, now known to Bachelor Nation as “Hannah B.” I, like many other viewers, found her to be obnoxious and immature. But Hannah B. is just living her life and people need to stop shaming her for it. Even I swore to myself that I wouldn’t watch her as The Bachelorette and instead wait for social media and Good Morning America to fill me in on what I might be missing. Jokes on me, because every Monday night you can catch me with a glass of red wine glued to the TV where no one in my home is allowed to talk until commercials.

I’ll admit I came into Hannah B.’s season hoping to be annoyed by everything she said and did, but instead I found myself cheering her on harder and harder each week. So far this year's Bachelorette has come under attack for “giving Christians a bad name”, sleeping with one of the contestants, and openly talking about sex. Yes, in 2019 we are still slut-shaming an adult woman who is strong enough to say what it is she wants and send you home if you deny her of it.

She brought in her friends to screen her potential matches, she kept four guys when she was supposed to narrow them down to three after meeting each of their families. She also didn’t hesitate to jump on a massage table to makeout with a shirtless man on national television. Basically, Hannah B. is simply doing what many women want to or have done in our dating past — only she's doing it on TV. But should she be burned at the stake for being her true self? Absolutely not.

I’m not exactly sure who first came up with the idea that a woman talking about sex is disgusting. If I had to guess, I would assume it dates back to the same time when it was frowned upon for a woman to have a job, not allowed to vote, and when women were expected to be all dressed up with full hair and makeup just to serve her husband dinner. But that was back then, and I think it's fair to say that women today are nothing like that — nor do they want to be. We currently have a soccer team full of women making headlines as they fight to be paid just as much as their male counterparts. We have six women campaigning to be the democratic presidential candidate. And we have TV shows where women are considered icons for talking about their sex lives. So, why are people pushing back on the strides we’ve made as a whole by putting down a woman for doing what most women are also doing?

Society has projected the image that locker room talk is okay and almost normal, but only for men. However, when a woman goes and has the same type of conversation... it's more often than not considered offensive and disgusting. I guess I never understood that mindset. I was the girl asking friends about their sex lives, in the middle of rush hour on the MTA, after knowing them for maybe a day. I never looked around to make sure that no one was listening, and I never noticed if anyone was offended after the conversation.

Up until last week, it seemed that women started to gather around Hannah B. after she tossed Luke P. to the curb once he told her he would walk away from their relationship if she had sex with any of the other men. This is the same man who only one episode prior to that told his Sunday school class, including Hannah B., how he was “chasing sex” and “caught up in sin” in college before finding Jesus, something he first talked about in his intro video on The Bachelorette’s premiere. Sounds like a double standard to me, Luke P.

From the beginning, Hannah B. has said that she would be honest and that she hoped to receive that in return from the men vying for her heart. Her honesty happens to include being open about intimate moments with a man before marrying him and praying to Jesus, which is something that we haven't seen before. Most Bachelorettes, and Bachelors, seem to shy away from the subject of sex while in front of the camera. It is almost as if they are drawing a blackout shade over what is most likely happening inside the fantasy suites. Typically viewers are left to make their own assumptions about what goes on behind closed doors, but Hannah B. chose to create a peep hole for us.

As The Bachelorette, Hannah B. has broken the mold from her predecessors, which will hopefully set the standard followed by future seasons. These women are not only public figures, they are role models — and Hannah B. has proudly raised the bar by being unique, honest, and proud.