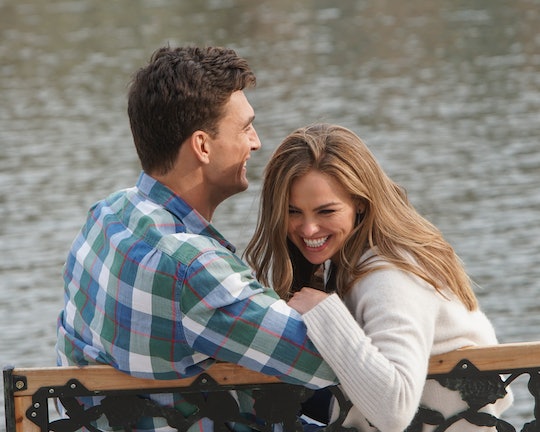 There's Compelling Evidence For This Hannah B. Windmill Sex Theory

Fans have patiently awaited Hannah Brown's verbal smackdown of Luke P. all season long and it looks like they'll finally get it as her remaining guys head into fantasy suites. One particularly satisfying moment from the teaser includes Hannah's breezy announcement that she "f*cked in a windmill"...twice! Of course, exactly what happened isn't clear yet, but Hannah B. windmill sex theories are still flying amongst fans.

On the group's last night in Amsterdam, Hannah shockingly (or not so shockingly) gave Luke her final rose, sending Garrett home. That means Luke, Tyler, Peter, and Jed are the lucky guys heading into hometown dates next week. The windmill conversation unfolds over a dinner, where Luke asks if he and Hannah can talk about sex before heading into fantasy suites. Now, Luke's put his foot in his mouth before when it comes to slyly sex-shaming Hannah, but he managed to wriggle his way out of it at the time. This conversation looks very different.

Part of the promo also addresses Luke's fervent faith — it would appear that he invites Hannah along with him to a service of some kind — and he's spoken before about the so-called sanctity of sex. In the teaser, Luke tells Hannah over dinner that if she had sex with anyone else over the course of the season or during fantasy suites, then he would send himself home, because his future wife would never do such a thing. Hannah promptly shoves him into a car and sends him on his way, saying, "I have had sex, and honestly? Jesus still loves me."

"From — obviously — the way you feel, me f*cking in a windmill? You probably want to leave," she sputters. Later, in a confessional interview, she adds, "I f*cked in a windmill and guess what? We did it a second time." Luke looks shocked but fans will have to wait and see how he processes the information. Meanwhile, here are a few possible explanations for Hannah's windmill moment.