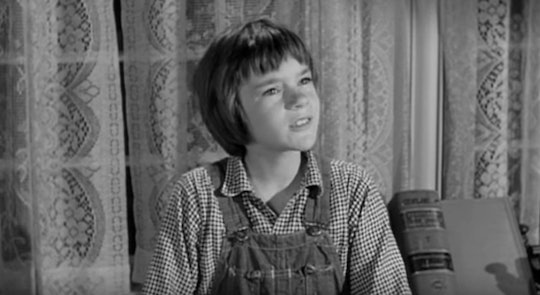 Like most people, I first met Scout when I was assigned to read To Kill a Mockingbird in a high school English class. That was the first of several times I read the book. I fell in love with its intense sense of compassion, empathy, and justice. Atticus is the novel's moral true north. But it was Scout, the barefoot tomboy who made the biggest impression. See, Scout is a feminist hero in To Kill a Mockingbird and showed me — and generations of other girls and women — that daring to be something other than the girl we're told to be was itself a show of bravery.

Scout was based on author Harper Lee's own girlhood. And To Kill a Mockingbird's central story of Tom Robinson, a black man in a southern Alabama town called Maycomb accused of raping a white woman, was also based on her own hometown, Monroeville, and her experiences with racism in the Deep South. Atticus Finch, the attorney who fights for Robinson's life, played in the 1962 movie by Gregory Peck, was based on her own father, an attorney named Amasa. Her best friend Dill is a version of her own childhood playmate Truman Capote. And just like Scout, Lee wasn't afraid to raise a proud middle finger to the narrow expectations of her Southern upbringing about what and who a woman is and could be.

Scout was scolded for wearing overalls by her Aunt Alexandra and generally created in the image of what would then have been considered a "tomboy," which seems like such an outdated concept thanks in no small part to girls having characters like Scout to expand the way we imagine girlhood. Scout felt comfortable in a world filled with men — Dill, her brother Jem and her Dad Atticus, whom she obviously adores. And she basks in the fact that Atticus loves her, too. When she takes heat from Aunt Alexandra for not acting appropriately for a girl of the time she tells her brother Jem:

I asked him (Atticus) if I was a problem and he said not much of one, at most one he could always figure out, and not to worry my head a second about botherin' him.

Atticus gives Scout permission to be exactly the barefooted, overall-wearing, outspoken, fist-throwing little scrapper she is, which ultimately gives her the bravery to connect with Boo Radley, who scared the pee out of everyone else in the neighborhood. And she does this while also struggling with what becoming a "lady" actually means. It's got to be about more than camisoles and marriage, right?

She asked the same feminist questions 50 years ago that many of us women are asking today.

Lee's own life unfolded not unlike I can imagine Scout's might have. She grew up every bit the tomboy that Scout was, according to her sister. She went off to college, even studying for a time at Oxford, attended law school for a bit before dropping out to head to New York City, where she took airline reservations as a day job and wrote her novel. Not exactly the standard track for most Southern ladies in 1960s America.

Lee never married and instead spent her life living on her own terms. She accomplished the loftiest goals any writer could dare to dream of and surrounded herself with the people she loved most, from working as a research assistant to her friend Capote, to moving back to Monroeville to live with her sister, Alice, after Alice fell ill. Yes, Lee wrote Scout as the intelligent, perceptive feminist the adult Lee could recognize. And that message, wrapped in the drama of America's struggle to overcome racial injustice, made for one powerful message for girls like me to go ahead and be brave and speak their minds no matter who tells them otherwise.

And so, to Lee I want to say "thank you" for just how much her and Scout's brash feminism meant to me all those years ago. And, on this Friday, on the day Lee died, I'm reminded of how much it still means. She showed me the value of being true to myself and what I eventually came to understand to be the right way to "become a lady" — exactly the way that feels true to me. And when my daughter is old enough, I'll hand over my own dog-eared copy of To Kill a Mockingbird and give her the same gift.