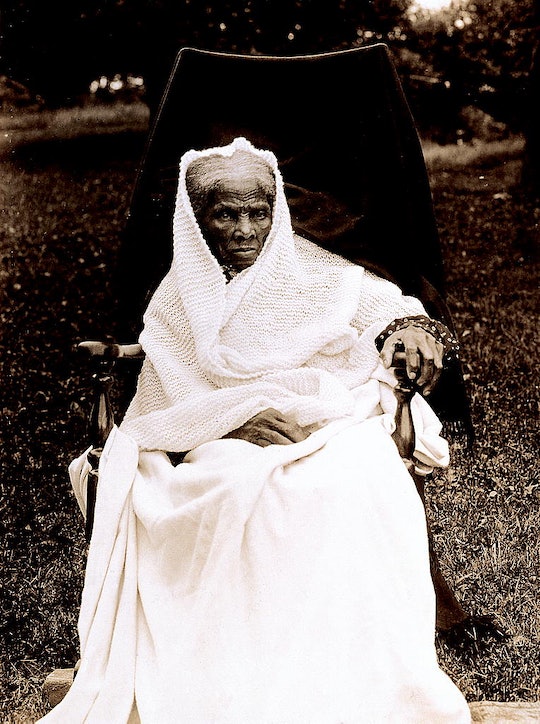 Harriet Tubman Will Replace Andrew Jackson On The $20 Bill, & It's About Time

Great news for fans of awesome women, and for those who hate awful, racist presidents. In response to complaints about how sharing the $10 bill with Alexander Hamilton was not good enough — and the fact that Andrew Jackson doesn't deserve to be on U.S. currency at all — Jack Lew, the Secretary of the Treasury, is set to announce that Harriet Tubman will replace Jackson on the $20 bill, according to Politico. But, it's important to note that Jackson will still appear on the reverse of the bill with the White House, according to a statement from the Treasury. So, this is a step toward progress, but a small one.

It was announced last summer that the Treasury was considering replacing Hamilton with a woman, and criticism soon followed, as Hamilton helped create the Treasury (and also inspired a Broadway hit). The Treasury then toyed with the idea of letting a woman share the $10 with Hamilton, which is... not great. Critics have long advocated for replacing Jackson, as the slave-owning seventh president's claim to fame is the Indian Removal Act, a plan to "relocate" Native Americans that led to the infamous "Trail of Tears," which led to the deaths of 4,000 Cherokees. Getting rid of that monster, finally honoring a woman, and that woman is Harriet freaking Tubman? That's a win-win-win, friends. And people are very, very happy about the news.

Born into slavery around 1820 (the exact year in unknown), Tubman escaped her Maryland captors in 1849 and fled to Pennsylvania, but returned to the South over and over to assist other slaves in escaping via the Underground Railroad. All told, Tubman freed more than 60 slaves during her tenure.

During the Civil War, Tubman served in the Union Army as a cook, a nurse, and a spy. In 1863, she led the Combahee River Raid. The first woman to lead an armed expedition in the war, her raid led to the liberation of 750 slaves from South Carolina. Even more symbolically interesting and disturbing: NPR reported that $20 was the amount Tubman "eventually received from the U.S. government as her monthly pension for her service" in the war.

Ironically, the woman who's about to grace our currency was never financially secure, despite her fame, and there's actually a great story about her and the bill that's taken her almost 200 years to earn:

In addition to Tubman replacing Jackson on the $20, there are more changes in store: the back of Hamilton's $10 will feature leaders of the women’s suffrage movement, and the $5 bill will have "civil rights era leaders and other important moments in American history," according to Politico. The new bills are expected to premiere beginning in 2020, and it's such great news, I'm considering actually using cash for the first time in 10 years. Let's just hope the Treasury will actually remove Jackson from the bill entirely.