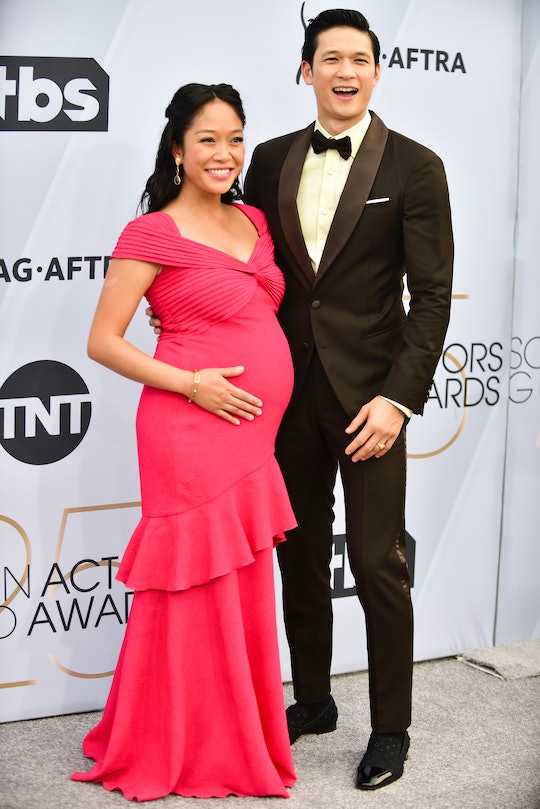 This Is What Harry Shum Jr. Wants His Daughter To Learn From 'Crazy Rich Asians'

When you star in such a culturally important (and popular) movie, you have to know that your children and grandchildren will look back on it to celebrate your accomplishments. Sometimes, this requires some explaining, and others, it's a moment for sharing wisdom, poignance and familial love. Harry Shum Jr. says this is what he wants his daughter to take from Crazy Rich Asians, the book-turned-film he starred in before finding out that his wife was pregnant with a little girl.

Shum, who played Charlie Wu in the film, says that there are actually a few things he would like his daughter to pick up from the movie, and to learn from: "The humor of Peik Lin Goh to keep the household laughing, but I think Astrid’s character is really beautiful and has such a place in her heart, from empathy," he told People.

"Culturally, that is really important, and has a huge role in making sure the family is the primary goal and bringing it together," he added, continuing to say, "I think that movie is not just about self-worth, but family, and what it means to have this connection, especially when it is spread all over the world."

The couple first announced that they were expecting a daughter in November of last year, E! Online reported. Shelby Rabara, Shum's wife, posted a photo of herself cradling her stomach, and then one with her mouth open, as though to communicate surprise. Though there are no words on the post, does there need to be? (A picture's worth a thousand... you know how it goes.)

Shum, who was originally born in Costa Rica to Chinese parents who then moved to San Francisco, said taking on the role of Charlie was really emotional for him, given his family's background.

In an interview with ELLE, Shum opened up about why it was important for him to represent Asian culture correctly. "I remember crying while reading the book, because I loved Charlie's love story, he said. "Representation is important, so that people feel like they can just be human, not a stereotype."

When I'm thinking of a role, it’s all about asking, 'Does this make sense'? And whoever’s doing the storytelling — can they actually see me in that way or are they just doing it for diversity’s sake? I think some people just don’t fully understand. They think, 'If you have a writer of color, that’s enough.' But what are the experiences that they’ve gone through? Where do they come from? Because that is what’s going to be important when they start writing and directing.

In a later interview with NBC, the couple opened up about how they found out that they were having a baby girl. "I gave the envelope to my best friend ... we found out, we did a little gender reveal with close friends and family," Rabara explained. "It was so emotional," Shum said. "No, we didn't know," Rabara said. "Our friends took bets," Shum added.

"This is so cool. Movie, baby, you got the family, you got the career, I'm really happy right now, and being here is really special. Big ups to the fans to getting us out here. This is great, it's so great," Shum explained about where he's at in his life. "I'm obsessed with [Crazy Rich Asians], I saw it 7 times," Rabara added.

All in all, it seems like Shum and his family are in an amazing place, and hopefully that place involves a healthy delivery and talks of the movie's sequel. For now, fans can celebrate with the couple and know that their amazing parenting is already completely evident to anyone paying attention.