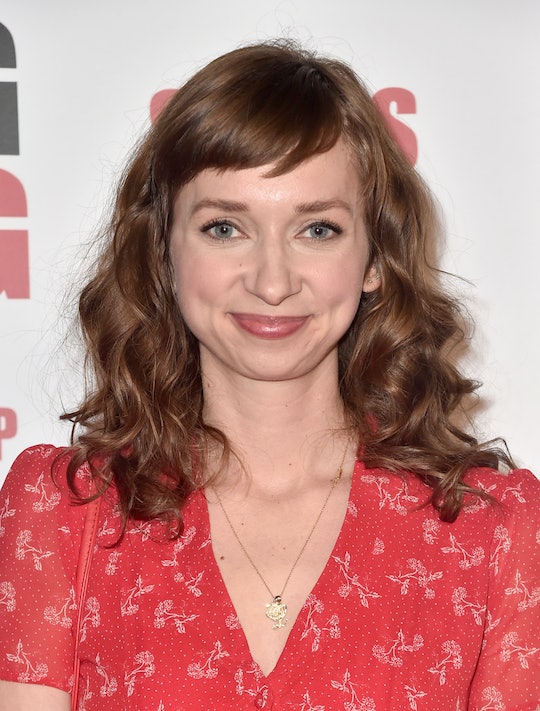 Your Kids Will Love 'Harvey Girls Forever' & TBH You Will Too

Every adult has a cartoon from their childhood that still holds a special place in their heart. For me, it's Hey Arnold. For Lauren Lapkus, who voices Lotta on the Netflix cartoon Harvey Girls Forever, it's Ren & Stimpy. But according to Lapkus, Harvey Girls Forever resembles old '90s cartoons in a way that will resonate with adults as well as their kids. In fact, Harvey Girls Forever contains a lot of Easter eggs that make it grown-up friendly, in addition to captivating young kids. Yes, you will probably get the theme song stuck in your head regardless, but be honest, you never really got that Pepper Ann song out of your head either.

Speaking to Romper over the phone, Lapkus talks about how Harvey Girls reminds her of shows like Ren & Stimpy. "Ren & Stimpy would zoom in on the gross thing and live in it for a minute, and it's something that you really don't see that much any more, it feels like," Lapkus says. "And on Harvey Girls Forever, I feel like one of the things they'll do is let you live in the moment with Pinkeye and his gross look." Pinkeye, in case you weren't sure, is a character on the show — a kid on the block with perpetual pink eye. It's just off-putting enough to be hilarious in the same slightly twisted way cartoons from my childhood like Ren & Stimpy, Pinky & The Brain, or Rocko's Modern Life relished.

But it's not just the nostalgic vibe of the show that will hook you in despite yourself. Harvey Girls includes plenty of other nuggets that you're going to love. Comedians and actors you love like Daniel Pudi, Anna Camp, and Chelsea Peretti have all lent their voices to the cartoon. And the boy band episode, which Lapkus tells me was one of her favorites of Season 2, stars the voices of actual boy band legends. Your kids may not care that the voices behind the fictional Crush 4U band are Nick Lachey of 98 Degrees, Joey Fatone of *NSYNC, Joey McIntyre of New Kids on the Block, and Shawn Stockman from Boyz II Men — but this is information you should absolutely know.

In the show, Lapkus' character, Lotta, is a Crush 4U super fan and wins backstage passes to see the band before their concert. The episode teaches a valuable lesson about stalking — but this is not nearly as entertaining as the self-referential boy band jokes. Zaydin, voiced by McIntyre, spends the entire episode trying to maintain the perfect hair flop. The designated "bad boy," voiced by Fatone, confesses at one point that he's never been good at being bad but the "sensitive" role was already taken. If you were ever a boy band fan back in the day, it is profoundly wonderful (we all knew Joey Fatone was never a real bad boy).

The fictional band members also really sing the fictional band's songs, which Lapkus gushes, "are actually good! It's awesome." Her favorite is "My Heart Hearts Your Heart" which I can confirm is a delight to listen and sing along to. Honestly, all the music of the show is really catchy, which obviously is kind of dangerous. Lapkus laughs, "even just the Harvey Girls theme song is super catchy and it gets stuck in my head forever. And I performed it for my friend's daughter recently, and it was I think very bizarre for her because she watches the show but can't conceptualize that I'm in the show."

Look — I know that the last thing a parent wants is their kids singing the same ditty nonstop for months on end. But hey — at least this one comes with an inside joke.