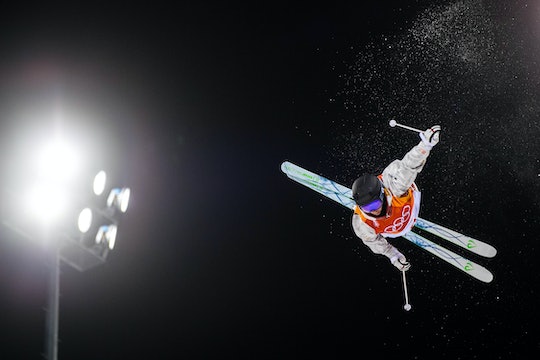 Has Anyone Ever Died In The Winter Olympics? There Certainly Is Risk Involved

The Winter Olympics are no stranger to daring events. Athletes hop aboard a light toboggan and rocket down a sheet of ice in luge, and skiers and snowboarders perform flips in the air that can make even the most daredevil of people shriek with fascination. While the athleticism is apparent, it's hard to not also consider the obvious injury that would come with competitive sports. Marathoners in the Summer Olympics have suffered the effects of running in the heat, and many athletes have taken a spill while figure skating. But has anyone ever died in the Winter Olympics?

Sadly, the answer is yes. To date, four people have died while participating in the Winter Olympics. Unlike the Summer Olympics where athletes have died while competing, the four athletes who have lost their lives during the Winter Olympics were all participating in an Olympic practice or died following an Olympic event. In 1964, 19-year-old Ross Milne of Australia was killed during a downhill skiing practice when he swerved to avoid a group of racers during a practice run, Kazimierz Kay-Skrzypeck of Britain was also killed in 1964 when he was involved in a crash during a practice run for luge, and Nodar Kumaritashvili, 21, of Georgia was killed in 2010 when he lost control of his sled in Vancouver, reported The Telegraph. Nicolas Bochatay, 27, of Switzerland was killed in 1992 when he was practicing speed skiing and collided with a snow machine, according to The New York Times.

According to Dr. Willem Meeuwisse, a Calgary-based sports medicine specialist, the Winter Olympics are more dangerous than the Summer Olympics because "winter sports tend to be faster and athletes tend to fly through the air a lot more." That leads to a lot more injuries.

12 percent of the athletes in the Sochi Winter Games reported at least one injury, as did 11 percent in Vancouver, according to Global News. "This isn’t that much higher than the rates seen at the Summer Olympics (8 percent in Rio and 11 percent in London), but the winter athletes tend to be hurt more badly," Meeuwisse told the website. The inherent risk of the games has led to arguments from both sides — those who express concerns about safety and those who defend the safety of events like luge and skeleton.

Salon noted that skeleton — an event where a person rides head first down a frozen track in a small sled known as a skeleton bobsled — is actually considered the safest of the three sliding sports, which also includes luge and bobsled. The reason behind it is the sled's steering mechanism which is "subtler and more precise than that of a luge sled, making turns less risky," the website noted. There's also the weight of the sled to consider. As one expert pointed out, if a bobsled rolls over on a competitor, that's 500 pounds, but skeleton sleds clock in under 95 pounds.

Many athletes maintain, however, that the risk is a part of winter sports and they knew that when they signed up for them. "We don't expect injury is going to happen to us," former Canadian alpine ski racer Brian Stemmle told CBC/Radio-Canada even though the athlete was nearly killed when he crashed while competing in 1989. "Problem is, it inevitably happens. And when it does, invincibility vanishes and can rarely be recovered."

He also added, "Winter athletes don't compete on everyday surfaces. Winter Olympians compete on frozen water. And when you're traveling at excessive speeds on a slick surface, anything can happen and often does. That's why I love the unpredictability of the Winter Olympics."

Which is, of course, what the average viewer loves about the Winter Olympics, too. The hope as they tune in, however, will be that everyone stays safe out there.