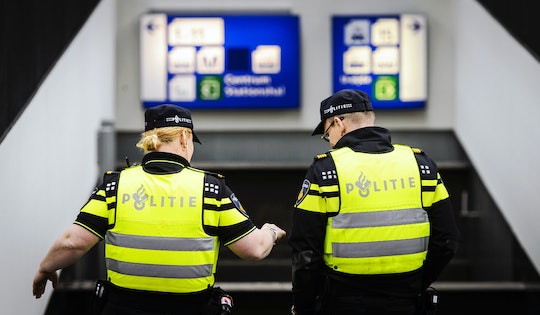 Has ISIS Claimed Responsibility For The Brussels Attack? The Organization Is Suspected By Authorities

On Tuesday morning, three explosions hit Brussels, reportedly killing at least 26 people and injuring many more. An obvious question to this devastating news is wondering who was behind the Brussels attack. According to NBC News, a European counterterrorism official has confirmed that ISIS is suspected in the three Brussels attacks that took place at a metro station and the airport. As of now, the ISIS has not claimed responsibility for the attacks in Brussels. Update: ISIS has claimed responsibility for the terror attacks in Brussels Tuesday.

The attack on Brussels comes just four days after the arrest of Salah Abdeslam, the fugitive suspected of the Paris bombings in November. As reported by BBC, Abdeslam was captured in an apartment in Brussels last week.

Although no group has claimed responsibility for the attacks on the city, ISIS supporters have celebrated the attacks, according to Newsweek. Similar tweets that were sent out during the ISIS-claimed Paris attacks have made their way onto the Internet, only magnifying the potential connection between the two attacks.

Newsweek also reports that there are two accomplices of Abdeslam's that remain at large. The two are from a jihadi network in Belgium. This only increases the suspicion and connection that the group might have had in the Brussels attacks.