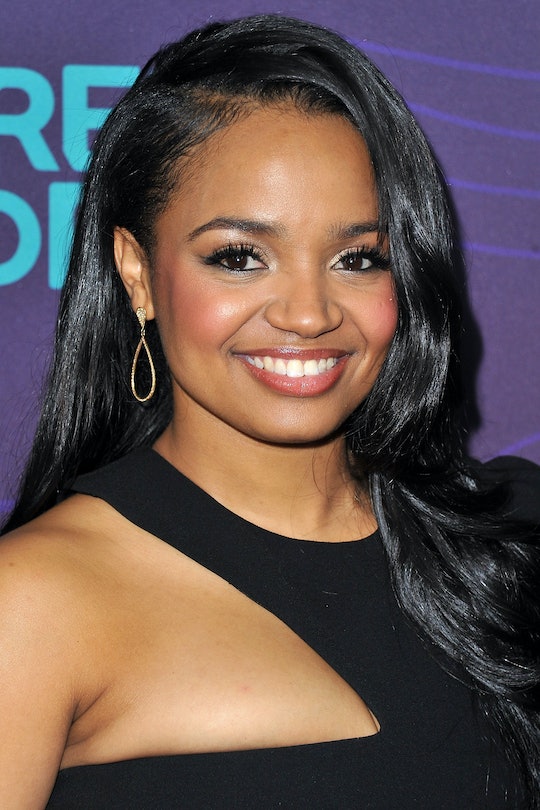 'The Christmas Pact' Isn't The Only Movie Kyla Pratt's Been In

The Christmas Pact's Kyla Pratt has a voice that's instantly recognizable. Her role as Penny Proud on the animated TV series, The Proud Family will live in infamy. But the talented young star isn't only an animated voice or Christmas movie character. From the early '90s, Pratt has been in dozens of shows and movies. You've probably seen her in things and didn't even know it was her. With The Christmas Pact about to air, has Kyla Pratt been in other Lifetime movies?

While Lifetime has a slew of holiday movies scheduled to air between Nov. 21 and Dec. 16, A Christmas Pact isn't the only Lifetime movie Pratt's been in. The 2016 Lifetime move, The Secret She Kept — Based on ReShonda Tate Billingsley's novel of the same name — starred Pratt as attorney Tia Jiles, who marries "the man of her dreams." Tia's about to launch her political campaign when her bipolar disorder and schizophrenia disorders emerge. In this movie, the intimate portrayal of what mental health looks like in marginalized communities speaks louder than words as Tia's mom attempts to pray her "problems" away. Once Tia discovers she's pregnant, her loving husband stops at nothing to keep Tia and their unborn baby safe.

Kyla said of The Secret She Kept, “When the project was first brought to me, I was experiencing some things of my own with someone in my family who was suffering mentally. I wasn’t sure that I was mentally up for the challenge. I wanted to make sure that if I attached myself to something as important as a film like this, I wanted to make sure I gave it justice. I wanted to be a part of something that someone could watch and affect their lives." This one sounds like a truly powerful movie to help de-stigmatize mental illness and how it affects everyone.

If you'd rather catch Pratt in a lighter role, The Christmas Pact may be the holiday movie for you. In it, Sadie (Pratt) and Ben (Jarod Joseph) are next door neighbors and best friends, trying to keep a childhood Christmas pact alive and well. When they were eight, they planted a tree behind their church they're to visit each year. But you know, life happens and the pact goes to the wayside. Typical. Insert all the Christmas magic to reignite the tradition, help the tree grow and their bond strengthen. Friends to lovers can happen and it does in this Lifetime movie.

Other roles you might recognize Pratt in are Recovery Road, Let's Stay Together, and One On One. Though, by the looks of her IMBD page, she's been in prominent shows like Friends, Living Single, and Sisters all before the age of 11. Chances are, if you've been watching TV or movies, you've probably come across Pratt at some point. The girl stays busy. If you were to peep her Insta, you'd see photos of her being stylish, playful, and working hard. There's also a whole bunch of much-needed inspirational quotes, posts, and sayings so take a look when you're in need of a serious pick-me-up.

So yes — Pratt has been in one other Lifetime movie. Watch The Secret She Kept before The Christmas Pact and have a full Kyla Pratt Appreciation party. And make sure there's cake. Because cake makes everything better.