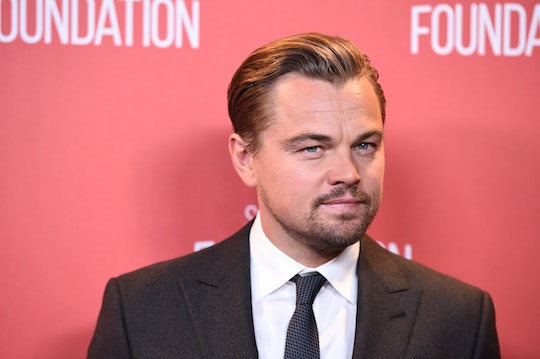 Has Leonardo DiCaprio Ever Won A Golden Globe?

Despite many powerful performances and his superstar status, Leonardo DiCaprio has never won an Oscar. Some say he's been snubbed for getting his start on "Growing Pains," a lowly television show, while others say he hasn't won because he's trying too hard to be in Oscar-bait films. Who knows – it's a mystery. But, what about other awards? Has Leonardo DiCaprio ever won a Golden Globe?

Short answer: yes. He's been nominated a total of nine times for a Golden Globe. The first was way back in 1994 for his performance in a supporting role in What's Eating Gilbert Grape. He was, of course, nominated for Titanic, but, mystery of mysteries, he fell short (as if that film couldn't get more heartbreaking). Some of the other iconic roles that have earned him a nomination include the tortured, undercover cop in The Departed and the despicable plantation owner in Django Unchained.

Even though he's been nominated an impressive nine times, only two of those nominations have led to wins. The first was in 2005 when he was awarded best actor for The Aviator, and the second was just last year when he won a Golden Globe for The Wolf of Wall Street.

Of his four Oscar nominations, amazingly no films, not even the brutal Blood Diamond, have earned him a coveted Academy Award. But, who knows? Maybe Revenant will win the Oscar he hasn't so far. With the way things are going, this may just be his year.