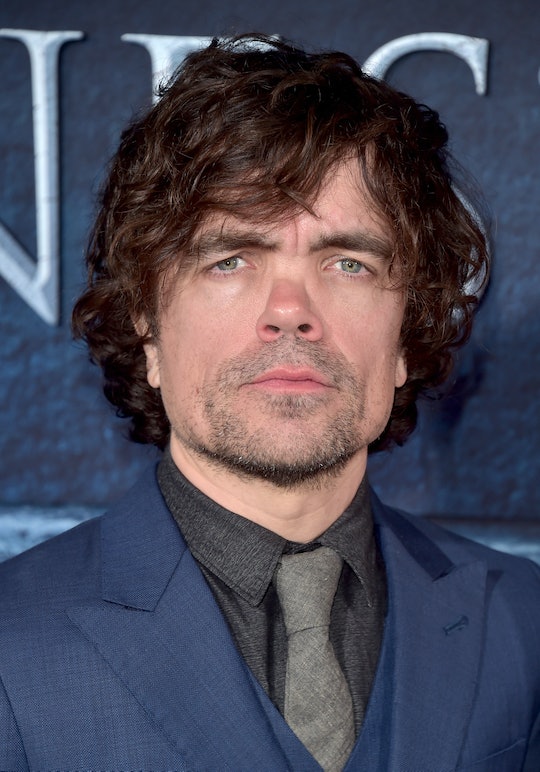 Has Peter Dinklage Won An Emmy Before? This Isn't His First Time Being Nominated

Once again Game of Thrones hit the mother load of Emmy nominations this year, which isn't all that surprising since their sixth season may have been their best yet. The show has already won nine Creative Arts Emmys this year, making television history as it now has 35 Emmys, more Emmys than any other drama series, beating out The West Wing and Hill Street Blues, which tied for the record with 26 Emmy wins. This year Game of Thrones is up for nine Primetime Emmys and it's no surprise Peter Dinklage, who has won an Emmy before, is up for Supporting Actor again.

Dinklage has been nominated for an Emmy every year since Game of Thrones' first season and so far he has one twice for his role as Tyrion Lannister. In 2011 he won his first Emmy after the show's first season and then won again last year for his work in the show's fifth season. This year Dinklage will be going up against his own co-star, Kit Harington, who plays the resurrected King of the North, Jon Snow. Also nominated this year are Jonathan Banks (Better Call Saul), Ben Mendel (Bloodline), Michael Kelly (House of Cards), and Jon Voight (Ray Donovan).

Tyrion played a big role in Game of Thrones Season 6, having to keep Meereen up and running until Daenerys could return and reclaim her throne as Khaleesi (and all her other titles). We got to see Tyrion do what he's best at, which is political wheeling and dealing. He also got to interact with the dragons for the first time and in the end became Daenerys' Hand of the Queen. This season was had a great character arc for Tyrion who we've seen go from being the hated dwarf of the Lannisters to now holding a very real and important role in the Seven Kingdoms.

It's no surprise that Dinklage was nominated for his work on this season. As always his acting was spot on and his speeches were delivered with the same level of sass and realism that Tyrion has come to be known for. Dinklage has brought this character to life in the best way and it wouldn't be at all surprising if he won another Emmy for this role.