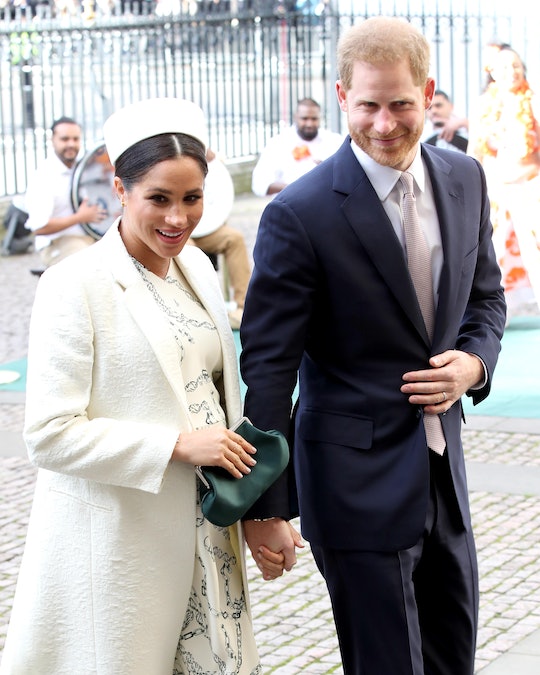 Meghan Markle and Prince Harry are due to become first-time parents any day now. With Baby Sussex's arrival looming, fans can't help but question... has the royal baby arrived? While Buckingham Palace is generally quiet about private matters regarding the royal family, they did recently share an update about the impending arrival of the Duke and Duchess of Sussex's child with CBS News.

Although Markle, 37, initially told fans during a January visit to Birkenhead, England that she was due in "late April or early May," according to Us Weekly, Buckingham Palace assured the public on Monday that Baby Sussex "hasn't been born yet." The palace said nothing more about when the child will be arriving, and likely won't share another update until the former Suits actress goes into labor. Buckingham Palace previously revealed that the Duke and Duchess of Sussex decided to keep the birth of their first child "private."

"The Duke and Duchess of Sussex are very grateful for the goodwill they have received from people throughout the United Kingdom and around the world as they prepare to welcome their baby," the palace said in a statement. "Their Royal Highnesses have taken a personal decision to keep the plans around the arrival of their baby private. The Duke and Duchess look forward to sharing the exciting news with everyone once they have had an opportunity to celebrate privately as a new family."

Markle hasn't provided any more context into when her son or daughter will arrive since March. At the time, she told Welsh Secretary of State Alun Cairns, "We're nearly there!," according to Us Weekly. There are, however, a number of clues that suggest Baby Sussex is close to being born. ABC News reported that Queen Elizabeth II was spotted at Frogmore Cottage in Windsor on the grounds of Windsor Castle, this week. Her visit led to increased speculation that Markle and Prince Harry's baby is expected soon.

The Queen isn't the only recent visitor that has royal fanatics speculating about Baby Sussex's arrival. Doria Ragland, Markle's mother, arrived in London last week, according to a report from Entertainment Tonight. She's thought to have flown from Los Angeles to the United Kingdom to be by her daughter's side as she welcomes her first child. Buckingham Palace did not address Ragland's arrival in London. She has been equally quiet about the trip, as well as Markle's pregnancy. She did, however, say in a statement released in October that she was excited about welcoming her first grandchild, according to People.

"Ms. Ragland is very happy about this lovely news and she looks forward to welcoming her first grandchild," a statement released by Buckingham Palace read at the time.

Fans of the Duke and Duchess of Sussex are no closer to learning when the royal baby will arrive. You'll just have to wait for an official announcement from Buckingham Palace, which should be here any day now. After seven months of waiting, a few more days — or weeks — should be a cake walk.