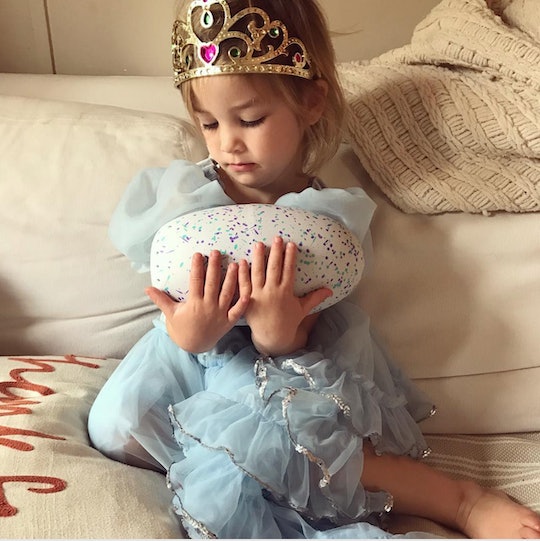 Here's How To Troubleshoot Your Hatchimal If It's Not Hatching

You went and scored a Hatchimal, the hottest toy of the year (okay, the hottest toy of last year) for your child, brought it home, and wrapped it like a pro. Your kid then unwrapped it, squealed with joy, started to play with it, and then... it didn't hatch. All of the hype and all of the waiting only to result in an impatient child and an agitated parent. But don't despair. If your Hatchimal is not hatching, here's how to troubleshoot it.

Hatchimals are stuffed toys that come in an egg. At first you interact with the unhatched egg, but with a little help from their new owner the Hatchimal will break out of its shell, revealing an adorable new friend. This process is joyful, with tons of Amazon reviews touting how much fun it is watching it happen. In 2016, despite being the must-have toy, there were many reports of malfunctions. Because of the off-the-charts demand, their manufacturer, Spin Master, increased production at the Chinese factory that had been producing the Hatchimals, according to Spin Master spokesperson Tara Tucker in the Los Angeles Times. And while the production was being done in the same facility that had always been producing the beloved toy (as opposed to outsourcing to various other factories), the article explained that "it’s impossible to ensure that every product will turn out flawlessly, especially with an electronic toy that requires multiple production steps such as the Hatchimal."

The silver lining to the failed toys is that Spin Master took the initiative to ramp up their customer service department to talk the anxious parents through the process, in addition to posting helpful hatching tips to their website.

If you have a Hatchimal and it's not hatching, the first piece of advice is don't freak out. There are a few things to try before all is lost (and truly all is never lost as Spin Master will replace any defective toys).

There's also a video that gives you an overview of the hatching process, to act as a visual aid so that customers know if they are attempting to hatch their pet correctly.

If you go through all of these steps and your Hatchimal is still not hatching, it might be time to email or call their customer service department. And if there's anything you've learned from this whole experience, it's that the whole process is like giving birth, which, it seems, is the whole point of it all.