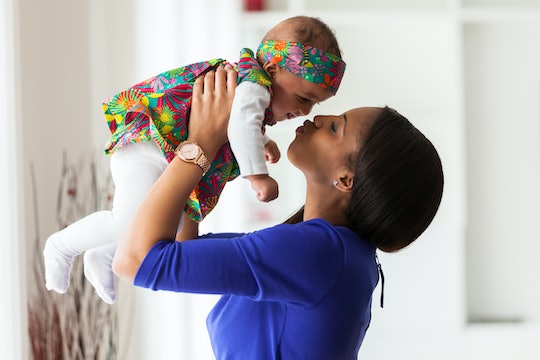 If you happen to know a lot of spring babies or have one of your own, there's a good chance that at some point or another you've wondered why seemingly so many parents give birth during this season. Researchers at the University of Exeter Business School in the United Kingdom examined this exact question and recently published their fascinating findings in the Journal of Applied Econometrics.

As someone who was born in September, I haven't had to share my birthday month with too many people, or at least that's what it felt like during my elementary school years. With the exception of a handful of other students, I'd celebrate solo, usually on the first day of school depending on the calendar year. But when the months of March, April, May, and June would hit, there would be what seemed like a frenzy of in-class birthday celebrations.

If you experienced a similar situation or have many friends who gave birth during these months (spring officially runs from March 20 to June 21), the likelihood that you're not alone is high, according to researchers. The study found that a certain type of parent aims to deliver their baby during this season, a theory they measured "using data from US birth certificates, US Census data and a series of surveys with mothers," and the team particularly focused on mothers giving birth to their first child, according to Science Daily.

Researchers determined that married, educated, and non-smoking women between the ages of 20 to 45 were willing, in the context of a hypothetical world, to pay an average of $877 to welcome a baby in the spring.

"Our work has discovered that there really is a desire to give birth in the spring in the US," Sonia Oreffice, a Professor of Economics at the University of Exeter, said, according to Phys.org.

So, why is this such a popular season for prospective parents?

"This is often to do with the health of mom and baby because spring and summer are the furthest away from the peak of influenza cases and other germs," Oreffice explained.

Another factor? Look no further than a person's occupation.

"We also found that women in certain occupations — teachers, library workers and those in the training sector were more likely to aim for a spring baby," Oreffice said, according to Science Daily. "We believe this is because women are trying to link their summer vacation to their short US maternity leave in order to spend more time with their baby."

I also can't help but wonder if parents want to avoid being pregnant in their third-trimester during the summer. It's no fun to carry around a human during a heatwave, to put it mildly.

Either way, Oreffice believes these findings could inspire lawmakers to better help parents, noting: "Knowing parents are making these choices for their first child, coupled with the fact that overall the most prevalent birth season is summer, helps policy-makers to better design policies targeting job flexibility, parenthood and child health and development."

In addition to married women, researchers also looked at "unmarried mothers who had not listed the father's name on their child's birth certificate," highlighting that they "did not show" any of the aforementioned trends, according to Phys.org. And the same was true for "moms who had used Assisted Reproductive Technology (ART) such as IVF, to conceive."

All of this research seems to prove that women with more resources and those who might not struggle with fertility issues tend to be more particular about when they give birth. There's nothing wrong with this, of course — spring babies are wonderful, and as the old adage goes, to each their own.