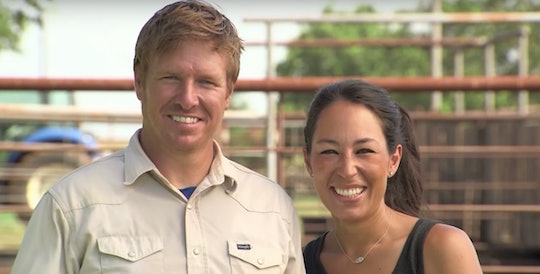 Have Chip & Joanna Gaines Ever Divorced?

And really, whose life has been? The couple met way back in 2001 and struggled to make ends meet while flipping homes. But they stuck with it. Chip told Fox News, “Nothing has come easy. We’ve worked so hard to have this beautiful family and this farm — it really does seem like the American dream you’ve heard about growing up."

Now that they have one of the highest rated shows on HGTV going into its fourth season, he sort of has a point. Life seems pretty sweet.

Part of the show's success really is the chemistry between the two of them. Joanna says that they are not a "match made in heaven," which fans of the show likely already know. “But when we mixed our personalities together, it created a spark," she said. Pretty adorable, huh?

It was his lifestyle and personality that attracted Joanna. She told People, “Early on we had our fair share of fights and figuring out where the boundaries were. He’s good at the big picture, and he’s good at risk. I like the details.”

But it's all because of him that Joanna has branched out and made her life what it is today. She added:

If it were just up to me I would stay in a cubicle and file paper. But Chip has always pushed me to be the best me. I said I wanted to learn the drums once, and the next day there was a full set in the house. He empowers me to be confident.

Although they insist that they aren't a match made in heaven, it sort of sounds like they are, doesn't it? In the couple's book, The Magnolia Story, they write that there were sparks almost immediately. At first, Joanna was interested in Chip's friend, "Hot John," but she was too nervous. Chip asked her out instead and she was excited. But then things went south. Joanna said he was almost two hours late.

“He didn’t apologize for being late, either. He had so much confidence. I don’t know. I can’t explain it. Only Chip could be an hour and a half late and have no one mad about it,” Joanna said.

It's a good thing that she forgave him anyway. What would weekend HGTV marathons be without these two lovebirds?