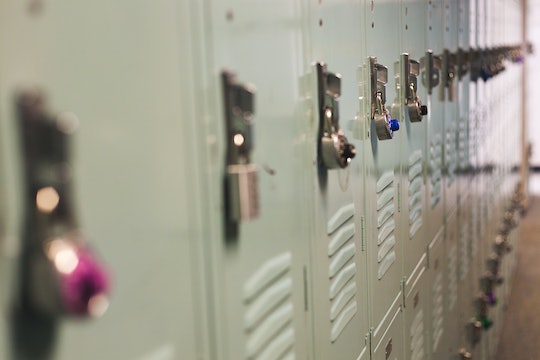 Have There Been Other Recent Threats To The L.A. School District?

Tuesday morning, the Los Angeles school district was shut down due to a multi-school bomb threat. Superintendent Ramon C. Cortines told The New York Times that this has not been the only threat to area schools in the past two weeks following the San Bernardino shooting. Though this particular threat was more credible, what is troubling is that there are so many threats to that L.A. school district we don't hear about.

Cortines went on to tell The New York Times that the district "gets threats all the time," but did not elaborate on the specific number. It is understandable that many threats go unreported and unpublicized to avoid raising unnecessary alarm. But it is just as alarming that, since the San Bernardino attacks, there have been routine bomb threats in an already shaken region.

Yet despite Cortines's claim that bomb threats are regular, the most recent year for which bomb threat data is available is 1999. In that year the FBI reported that about five percent of bomb threats were targeted at schools, totaling 1,055 reported school bomb threats across the country. It is estimated that that number has gone up significantly in the past fifteen years, though incidents involving real bombs in schools are still relatively rare. Furthermore, few actual bomb explosions are preceded by threats or warnings to officials. More often than not, those looking to cause real damage and loss of life do so unannounced. It leads one to wonder what gave this particular threat credence given the amount of false alarms.

Still, it doesn't hurt to be cautions. The recent incident in San Bernardino, combined with scope of the threat, which targeted several schools in the Los Angeles area, is enough to make school officials more cautious with their procedures. Cortines event told The New York Times that, as super intending, he was "not going to take the chance with the life of a student."

Unfortunately, with the combination of frequent bomb threats, a wary public, and a pressured administration, it looks like students may be missing a lot more school. It is a difficult call to make, and even if the threat was a hoax, it seems better to be safe than sorry.