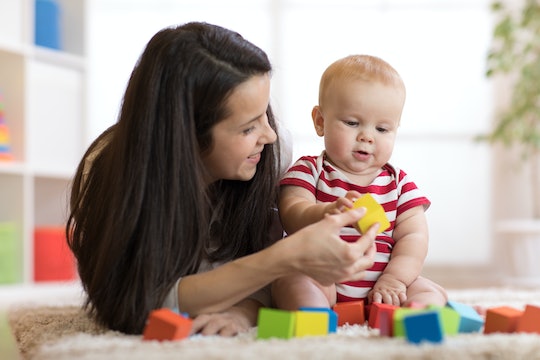 As a parent, you want to make sure you are giving your child the best life. That includes not only choosing the best city to live, but also the best state. And there are a lot of factors that go into that decision. What are the laws like? How does it spend its public dollars? Does the state government care about the health of its people? To help you answer that last question, here are the United States' healthiest and least healthy states for moms.

On Tuesday, the United Health Foundation released its 2017 America's Health Rankings report, listing the healthiest and least healthiest states to live in, according to CNN. Overall, Massachusetts takes the top spot as the healthiest state in this year's report, while Mississippi ranks dead last. And the one thing the top and bottom states have in common is the prevalence of children living in poverty.

The top three states — Massachusetts, Hawaii, Vermont — have the lowest rates of childhood poverty, and rank high on the list for women and children's health. The bottom three — Arkansas, Louisiana, and Mississippi — have the highest percentage of kids living below the poverty line. And, as the National Center for Children in Poverty points out, kids born into poverty are more likely to have low birth weights, and far more likely to have unmet health needs than their peers, among other issues.

Read on to learn more how these states benefit or hurt moms and their families.

Massachusetts moved up one spot this year to first place. And it's understandable why: Overall, the New England state has a low percentage of uninsured people (2.7 percent), a high number of mental health providers. and one of the lowest rates of children living in poverty — down to 11 percent from 17.6 percent two years ago, according to the America's Health Rankings report. It also ranks first for the number of adolescents and teenagers vaccinated for Tdap (96.7 percent), as well as for children, 19 to 35 months, vaccinate overall (85.3 percent). Massachusetts does, however, fall closer to the middle when it comes to whooping cough cases (3.7 per 100,000 people), as well as percent of infants with a low birth weight (7.4 percent), according to the report. When broken down by subcategory, Massachusetts falls out of the top five, to sixth place, for women and children's health.

Hawaii dropped one spot, from first to second place, in this year's America's Health Rankings report. Like Massachusetts, Hawaii has a low percentage of uninsured people (3.8 percent, down from 7.8 percent), as well as a low percentage of children living in poverty (11.6 percent, down from 16.9 percent two years ago), according to the report. The state also hovers close to the middle when it comes to whooping cough cases (3.3 per 100,000 people), and ranks low for Tdap vaccinations among adolescents (82.2 percent), as well as children vaccinated (75.1 percent). Still, despite these challenges, Hawaii is among the top three states to dedicate the most state dollars to public health funding, at $247 per person, the report states.

Vermont jumped two places to rank third in healthiest states this year. Like Massachusetts and Hawaii, Vermont has a low percentage of uninsured people (3.8 percent, down from 9 percent), as well as a low percentage of children living in poverty (12.3 percent), according to the report. Where whooping cough is concerned, Vermont ranks low, at 35th, with 7.8 cases per 100,000 people. But the state does rank high for Tdap vaccinations among adolescents (93.8 percent); though improved, the number of children vaccinated in the state still leaves a lot to be desired (76.8 percent up from 63.2 percent in the past four years). Still, despite these challenges, Vermont ranks second for women and children's health, the report states.

Arkansas ranked towards the bottom of the list in low birth weights (9.2 percent), and has a high number of uninsured people (8.7 percent), according to the report. The Southern state also has a high prevalence of children living in poverty, at 21.4 percent. Arkansas does rank high for Tdap vaccinations among adolescents (91 percent), but significantly low for children vaccinated (67.8 percent). Although Arkansas places 48th overall, it actually falls lower on the list when broken down by subcategory. The state lands at 49th place for women and children's health, the report noted.

Louisiana's ranking has remained unchanged from 2016 to 2017. And it's understandable why: The Republican-controlled state has 28.3 percent — more than 1 in 5 — of children living poverty, and 11.1 percent of uninsured residents, according to the report. It also has the second highest rate of low birth weights (10.6 percent), and the sixth lowest percentage of vaccinated children (66.8 percent). Louisiana does rank one place higher than Arkansas for women and children's health, and has a high number of adolescents and teenagers vaccinated for Tdap (93.7 percent), the report states. It also comes in second for lowest number of whooping cough cases (1.2 per 100,000 people).

Mississippi ranked 50th across the board, including for women and children's health. The state has the highest rate of low birth weights (11.4 percent), has one of the highest number of uninsured people (12.3 percent), and is among the states with the largest increase in the number of children living in poverty — from 24.4 percent to 29.9 percent in the past five years, according to the report. Almost surprisingly, though, Mississippi has the lowest number of new whooping cough cases — less than 1 per 100,000 people. The state also ranks low for Tdap vaccinations among adolescents (82 percent), as well as children vaccinated (70.4 percent). Not surprisingly, Mississippi only spend $77 per person in state dollars towards public health funding, according to the report.

If nothing else, the United Health Foundation's health rankings report shows how much further the country has to go in protecting the health of parents and their families. Hopefully, the bottom three states will invest more into their population.