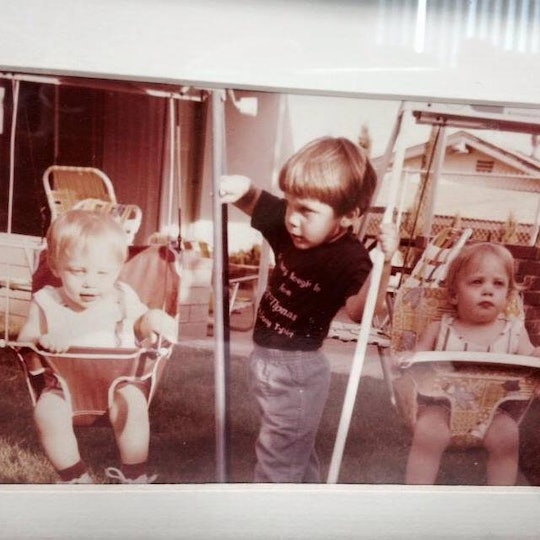 Here Are Your Chances Of Having Twins, According To Experts

The thought of having twins tends to either delight or scare the hell out of expectant parents. So, if you are trying to conceive or find yourself already pregnant, it's natural to wonder how likely is it you'll have twins. After all, preparation is the name of the parenting game, and you'll need to be ridiculously prepared if you have a significant chance of bringing not one, but two babies into the world at the same damn time. Turns out, according to experts, your chances depend on a variety of factors.

According to Baby Center, twin births account for just 3 percent of births in the United States, with the majority being fraternal twins, or the result of two eggs being released and fertilized by two separate sperm. The site adds that identical twins, or twins resulting from a single egg being fertilized by a single sperm, splitting into two parts, and developing into two embryos, is far more rare, only occurring in 3 to 5 in 1,000 births, which is likely due to the fact that having identical twins is almost always totally random and not influenced by any outside factors.

In 2014, however and according to the Center for Disease Control and Prevention (CDC) the rate of twin births in the United States reached a record high. There were 33.9 twins born for ever 1,000 births.

What to Expect mirror's the CDC's findings, saying the number of twin births in the U.S. is on the rise, jumping 75 percent in the past 30 years. The site attributes this increase to the increased number of older moms waiting having babies, as hormonal changes after age 35 may cause more than one egg to be released when you ovulate. According to the same site, other reasons for this increase include the use of fertility treatments that stimulate ovulation and higher rates of obesity, which both increase your likelihood of having fraternal twins. Your odds of having twins also increases if you have a family history of twins, are African American, have been pregnant before, or are tall.

According to Baby Center, if you are undergoing fertility treatments, your chances of having twins is greater, especially if ovulation is stimulated. If you are using in vitro fertilization, however, your odds of having twins or other multiples depends on factors like your age and how many embryos are transferred, with about 29.1 percent of users younger than 35, and 26.5 percent of users age 35 to 37 having multiples.

So, is there anything you can do to change your odds of a twin pregnancy? According to experts, the key to having twins might be what you eat. One study published in the Journal of Reproductive Medicine found that vegan women were five times less likely to have twin pregnancies, than omnivorous or dairy-eating vegetarians. This may be due to differences in their nutrition and weight. Another study published in the journal Lancet found that people undergoing in vitro fertilization, who had higher levels of folate and vitamin B12, were more likely to have twin pregnancies. Before you down some dairy or start taking supplements, however, experts warn that this research is still preliminary, and may simply be correlation, not causation.