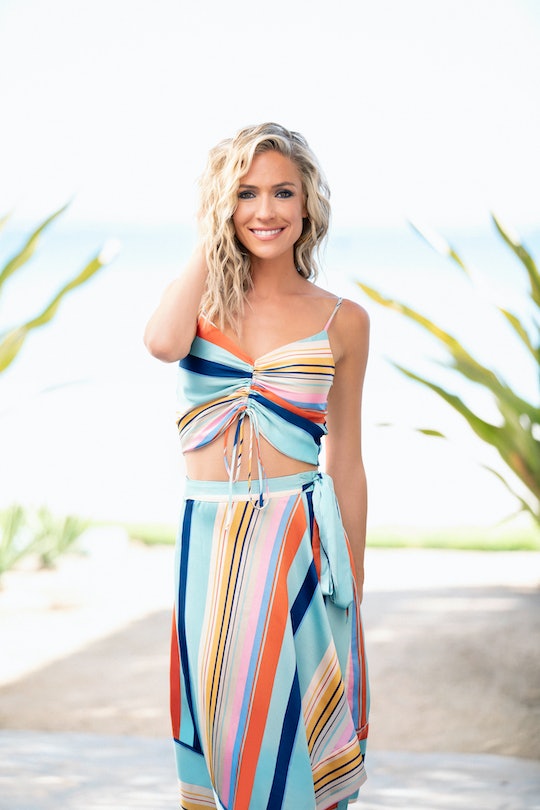 'Paradise Hotel' Is About To Dominate Your Summer TV Rotation

FOX is rebooting a hit reality competition and I need to know when to watch Paradise Hotel because I need a show like this in my life every summer — and so do you. I admit that I missed the previous seasons of the show which aired in 2003 and 2008. But the show has been replicated in 18 countries since the first season and has Big Brother meets The Bachelor vibes, so I know I'm going to love it.

I don't have to wait long at all, because the show premieres Thursday, May 9 at 8 p.m. ET on FOX and will also air Mondays and Wednesdays at 9 p.m ET in the weeks following the premiere. It will be hosted by Kristin Cavallari and — as happens with a lot of reality programming during the slow summer months — it will air several times a week. As you might know, Paradise Hotel is a game of hooking up and survival, because every week, one contestant is voted off to make room for a new one. So, if you want to be around to win money, you better be getting along with lots of people.

But what is a reboot without fresh drama, right? Don't worry, this version of the show has an element I think you'll like. "In a new twist, viewers can play along at home, using social media to try and influence what happens on screen, including helping to decide who stays and who goes," FOX's official description of the show reads.

The first group of contestants was recently revealed, and obviously they're all ridiculously attractive. This is not surprising at all. They have careers like "student," "entrepreneur," "trainer," and "model." No shade, I'm just saying they need to keep up their looks for professional reasons and have a whole month to be on a reality show literally set in paradise.

But Cavallari is a mom, so I wanted to know how she fit filming the show in Mexico into her busy schedule. I was really excited to learn that she planned to bring her family with her, because it must have been so much fun for the kids. Before production started, she told Page Six "It’s going to be a new experience for all of us, but obviously my kids are really excited to be in Mexico for weeks at a time. So you know we’re making a trip out of it and we’re just making the most of it.” Ah, the perks of having a mom in show biz.

I know Cavallari is going to be a great host, because she's ready to start some drama. She was recently on Strahan & Sara where she explained why hosting a show is like a break from her roles on her E! reality show Very Cavallari and as founder and CEO of her jewelry company Uncommon James. "[On] a show like Paradise Hotel, I get a front row seat to all of the drama and I get to kind of, you know, stir the pot a little bit and call some of these contestants out and so I'm looking forward to it. I think it's gonna be a lot of fun."

I'm ready, Ms. Cavallari. I have a date with FOX on Thursday, Monday, and Wednesday nights this summer, and I'm bringing wine.