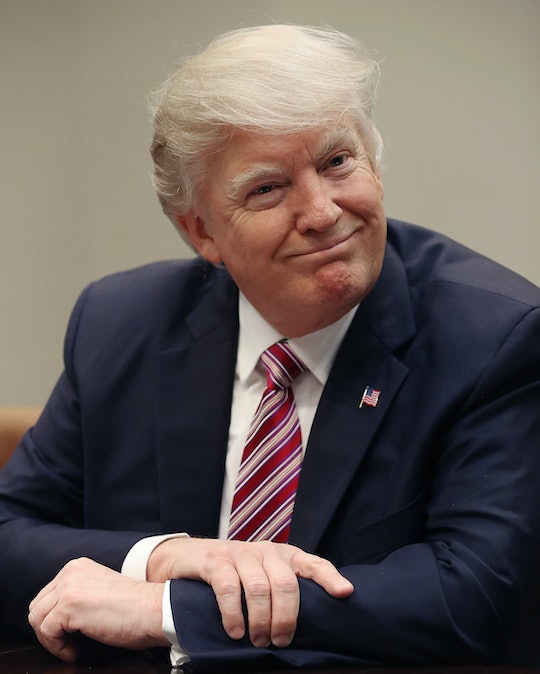 Everything That Could Be A Pre-Existing Condition Under AHCA

Whether people with pre-existing health conditions will be able to afford adequate medical coverage under the Republican-backed American Health Care Act is one of the central — and most troubling — debates in health reform this week. Republican lawmakers in the House have largely echoed President Donald Trump’s claim that their bill guards against insurers being able to charge more to people who have had health challenges. But critics, including the AARP and the American Medical Association, argue that the language in the bill offers no such protections and will lead to a hike in costs for anyone deemed to have a pre-existing condition. And, thanks to the language in one amendment to the AHCA, exactly what could be considered a preexisting condition under Trumpcare is a list so broad that, critics argue, the result would be outright discrimination against millions of people.

Right now, the Affordable Care Act requires that insurers charge people the same price for health coverage regardless of their health status. If that changes, advocates say we would go back to the days when health insurers could legally require exams and testing prior to offering care, then charge more for people likely to need more ongoing care for chronic conditions — or those deemed "at-risk" for getting certain health conditions.

Under the MacArthur Meadows Amendment to the AHCA, states would be allowed to go back to the pre-Obamacare days with a waiver of the law’s pre-existing condition requirements. That includes people managing a litany of somewhat common health conditions, including Alzheimer's, dementia, kidney disease, multiple sclerosis, congestive heart failure, epilepsy, diabetes, asthma, severe mental illness — even pregnancy.

But among the more heartless realities of health insurance before the Affordable Care Act was that women who survived sexual assault or domestic violence and sought medical treatment for their injuries could legally be denied health coverage later on, as rape and domestic violence were considered pre-existing conditions by insurers. Because recovery from violence can require long-term access to health and mental health services, survivors would face the cruelty of being denied access to treatment because they spoke up about it.

Further, gender-specific health conditions like cesarean section and postpartum depression would once again be fair-game for insurers to consider when offering medical coverage. States would be able to push applicants — women of childbearing age — into a more expensive, high-risk insurance pool, according to an ABC News report. In practice, it would mean pricing out millions of women who may never have been sick, but have had to deal with other issues that insurers consider "risky."

Still, the bill itself seems to deny that any part of it might be discriminatory. Posted on the House Rules Committee website, the MacArthur Meadows Amendment reads that “nothing in this Act shall be construed as permitting health insurance issuers to discriminate in rates for health insurance coverage by gender." It adds that insurers should not take any of the provisions as license to "limit access to health coverage for individuals with pre-existing conditions.”

Negotiated between Tuesday Group leader Rep. Tom MacArthur and Freedom Caucus Chairman Mark Meadows, the amendment represents a GOP attempt to bridge the divide between House Republicans over replacing Obamacare. And bridging that divide is crucial for Republicans; according to a CNN report, House aides have speculated that without a compromise between conservative and moderate members, they were unlikely to get the 216 votes required to pass the legislation.

A House vote on the amended American Health Care Act is expected on Thursday, May 4.