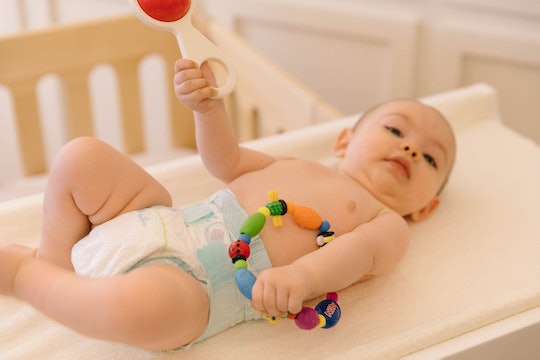 For working moms, putting a baby in day care is often one of the hardest and most emotional parts of new motherhood. It's never easy to leave your baby in the hands of someone else, no matter how capable or qualified they may be, and it is natural to worry that she might be better off staying home with you. Because our children are so important, it's crucial to look at what trustworthy scientific data has to tell us about how day care affects your baby's brain — for better and for worse.

First of all, as an article in Psychology Today has pointed out, it must be noted that there can be major variances from one day care center to the next. "Asking how day care affects a child's behavior and development is a lot like asking how parenting affects a child's behavior and development... The [effects] hinge on the quality of the care, the type of care, and the amount of time spent in it."

The small in-home day care that my toddler currently attends is a far cry from the national chain center I worked at in my 20s (that, frankly, I would never send my own kids into), so this piece of common sense rings true to me. The spectrum of child care centers is a broad one, and what some do atrociously, others do quite well.

That being said, research does point to some conflicting conclusions. Psychology Today cited a longitudinal study by the National Institute of Child Health and Human Development's Study of Early Child Care in the early 1990s that is still going on. The study found that there is indeed a troubling correlation between hours spent in a center-based day care setting and behavioral problems such as aggression and defiance in school years later. This could be because, according to this particular study, 60 percent of children in day care are not receiving care that is sensitive or responsive to their needs.

But don't go panicking just yet. There are some clear and definite benefits to early exposure to educational settings that can't be written off. The study showed that children who grew up in day care tend to have better short-term memory and perform better on memory-based standardized tests. The research also noted that academic achievement in math and reading tend to result through responsive child care, whether center-based or not.

Additionally, time spent in day care centers was found to have a positive impact on early social skills like cooperation, assertion, responsibility, and self-control. These benefits do disappear at a later age, but scientists have yet to determine whether they reappear again.

The New York Times reported on the same study and mentioned that by third grade the aggressive behaviors previously recorded had dissipated, and not only that, but the children who had spent long hours in day care at an early age now continued to score higher in math and reading.

For parents, the takeaway from this research is not necessarily to keep your baby out of day care completely, but rather to ensure that the quality of care is the highest you can find and afford. Sensitivity and responsiveness to your baby's needs should be your top priority, according to science, so make note of that when choosing between care providers.