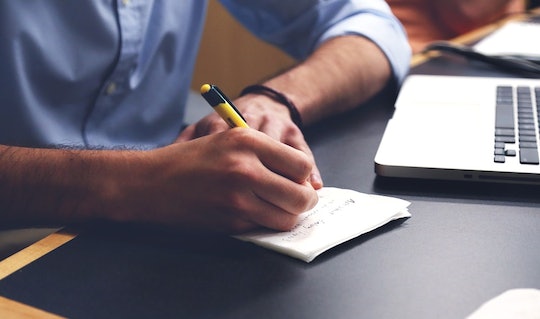 How Much Money To Save Before Your Kid Turns 18

One of a parent's greatest responsibilities to set their children up for success later in life. To some, that means instilling confidence in their child from a young age. To others that means teaching them valuable skills they'll use out in the "real world." More often than not, however, great parenting is a combination of both leading by example and a lot of behind the scenes preparing. AKA, saving money for their future. Though my daughters are still young, I'm already looking into how much money you should save before your kid turns 18. This behind the scenes parenting move will be helpful to your child as they grow up.

Saving up money, as most know, is easier said than done. If your child is planning to pursue higher education, public schools can cost a minimum of $80,000 and private schools can cost as much as $200,000, according to Saving for College. And that's always changing. The article noted that college tuition typically increases at about a 3.5 percent rate each year, so the cost of their tuition will likely be higher than it is now. But that doesn't mean saving up will be impossible.

Now that that heart attack has been averted, how much should you try to save? Of course, like all aspects of parenting, the number will vary from family to family. According to an article from TIME, a realistic goal for most middle-class families is to save one third of your child's perspective tuition.

There are a variety of ways parents can go about saving for college ranging from a simple savings account to a Roth IRA to even a prepaid college tuition plan, but making monthly contributions to an account is the most common way parents go about saving. According to The Simple Dollar, saving as little as $50 per month could save you more than $20,000 in tuition costs by the time your child graduates, although the aforementioned article from TIME suggested that parents save around $150 per month to get to the goal of one-third of their overall tuition.

All in all, every little bit counts. Any amount that you're able to set aside each month for your child's future will make a difference, even if it isn't enough to cover one third of the tuition of a four-year college. Plan ahead, save when you can, and your child will be grateful that you did.