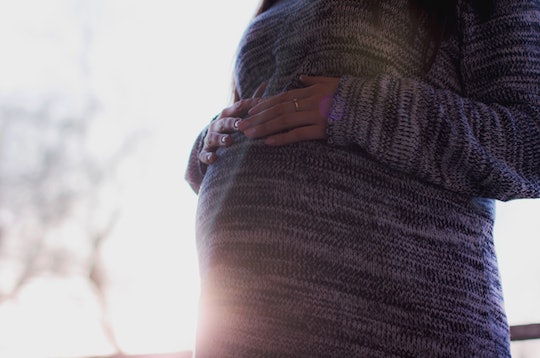 The Weather Could Affect Your Baby's Birth Weight

Already hate those bitterly cold winters or sweltering summers? If you're pregnant, you now have one more reason to validate that distaste: researchers have found that extreme weather may increase the risk of low birth weight in infants born at term, and they're suggesting that pregnant women limit their exposure to extremely hot or cold temperatures.

The study, published in Environmental Research and carried out by researchers at the National Institutes of Health, looked at more than 220,000 births that took place in 12 different American clinics over the course of six years. They then matched the births to temperatures in each corresponding region at the time, defining "extreme cold" as anything below the 10th percentile of average temperatures in the area and "extreme heat" as anything above the 90th percentile. Babies categorized as born with a low birth weight weighed in at 5.5 pounds or less.

All of that might seem like a good enough reason to move to the Caribbean and wait out your pregnancy, but don't pack your bags yet — the researchers found that extreme heat could be just as damaging. Pregnant women who endured extreme heat during their third trimester were 31 percent more likely to give birth to infants with low birth weights, and spending an entire pregnancy in extreme heat kicked the risk of low birth weight up by 249 percent.

According to the Centers for Disease Control and Prevention, about 8 percent of babies born in the United States have a low birth weight. Infants that weigh under 5.5 pounds face an increased risk of complications, and may have difficulty gaining weight or staying warm. They're also more likely to suffer from breathing, neurological, and gastrointestinal problems, according to the Boston Children's Hospital, and may be at a higher risk for Sudden Infant Death Syndrome.

Researchers still aren't sure exactly why extreme weather affects babies' birth weights, but inflammation caused by the extreme temperatures or a reduced blood flow to the uterus may play a part. Regardless of the underlying system at play, researchers agree that pregnant women should be avoiding any extremes.

"Until we can learn more, it makes sense to reduce the amount of time that pregnant women are exposed to extreme hot or cold weather," Pauline Mendola, the study's senior author, told the National Institutes of Health. So if you're pregnant, make sure to use your heater or air conditioning liberally — after all, you have to keep that bun in the oven toasting at just the right temperature.