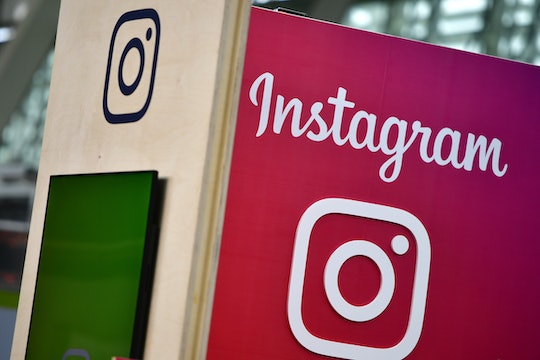 Personally, I rarely leave comments on Instagram photos I know, I know... I should be a more engaging social media user. But I'm just not. Other people, though, like to comment on my posts, which can be nice until some spammer posts something insensitive. True story! Several months ago, I posted a photo of my late father's tombstone, and a follower commented with a smiley face emoji and three handclap emoji. (Because that's appropriate). That's why learning how to delete comments on Instagram is useful knowledge to have in your back pocket.

Most people know how to delete their own comments, but may not know how to delete someone else's, like my friend, the spammer. Or may have thought they couldn't. But rest assured, if you need to get rid of an insensitive or hurtful comment, you absolutely can. You could through the same process as if you were removing your own, according to Instagram's blog.

For Android user, all you have to do is hold the comment you'd like to delete until it turns blue. A red bar will show up at the top of the Instagram app. On the far right hand corner, you will see a trash can emoji. Tap that, and the comment is deleted.

And I know it works because I just tested it out on my Instagram app. It took me several months, but I finally deleted that insensitive comment on the photo of my dad's grave.

It's not that much different for iPhone users. Instead of holding the comment, you would swipe left over it, according to Lifehacker. Once you swipe, you will see the trash can emoji. Tap that, and done. If you're having trouble, ask your friends with iPhones to show you.

The Instagram app does give you the option to reverse the action. After you remove the comment, you will see a pop up that will ask if you want to undo the deletion. But you lose the option once you exit the post or app altogether. So make sure you're absolutely certain you want to do away with what you or someone else wrote, because you won't be able to get that comment back.

Of course, it goes without saying that you can only delete comments that your followers have made on your own posts. You don't have the option of removing comments left on a friend's post or a photo or video uploaded by someone you're following.

Sometimes, though, you may delete a comment, but it still shows up on your post. If you've encounter an error message saying that a comment can't be deleted, it may be because you're viewing an older version of the page, according to Instagram's blog. The comment is most likely already deleted in Instagram's system, which is way you would receive an error message.

You also have the option to filter out comments by keyword on your Instagram posts. Instagram announced this year that it would start filtering bullying comments automatically from posts and videos, according to Engadget. But you can also step up controls that allow you to choose certain keywords to block from the comments section.

To do this, go to your profile and choose Settings. From there, tap on Comment Controls. Under this section, you will find the option to create a manual filter that allows you to filter comments that contain specific words or phrases or repeated words. This is where you can block comments from certain people, or chose which groups of people, such as only your followers or everyone, have permission to leave comments on your posts.