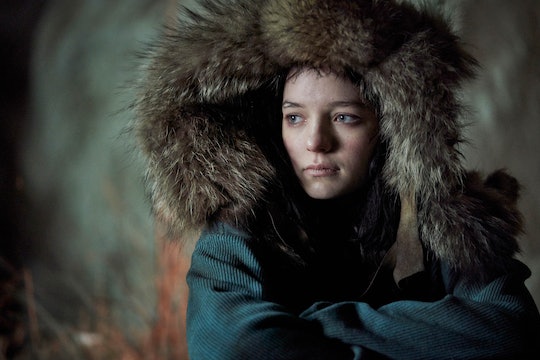 You're Going To Want To Watch 'Hanna' All In One Sitting

If everyone on your timeline is talking about the new TV adaptation of the 2011 film, then you may be wondering how to watch Hanna yourself and get in on the action. The much-anticipated series starring Esme Creed-Miles, Joel Kinnaman, and Mireille Enos is streaming on Amazon Prime. If you have a Prime membership, then access to the series is automatically included in your fee. If you don't have a Prime membership, then you can purchase one for $12.99 a month, or $119 for a one-year subscription.

Hanna, which comes from the film's co-writer David Farr, got the straight-to-series treatment from Amazon last year, according to Deadline. It began production last March and this February, a teaser trailer for the series aired during the 2019 Super Bowl. Following the Super Bowl ad, Amazon made the Hanna pilot available to stream for a limited 24-hour time period. It's a model first used by Netflix, which teased the third installment of the Cloverfield franchise, Cloverfield Paradox, during the 2018 Super Bowl, issuing a surprise release of the film after the game. I think viewers can safely assume that if Amazon is investing Super Bowl stunt marketing into Hanna, then the streaming platform has high hopes for the series.

Hanna tells the story of its titular teenage girl, played by Creed-Miles, who's brought into the woods as a baby by her father Erik, portrayed by Kinnaman. There, he raises her in seclusion and trains her as a highly skilled assassin. Erik is, himself, an ex-CIA operative and there are clearly some shady questions around who Hanna really is. Meanwhile, a senior CIA agent named Marissa Wiegler is tasked with tracking down and eliminating the pair, all off-book. Wiegler is played by Enos, who reunites with her former The Killing co-star Kinnaman on the project — albeit as enemies this time, rather than partners. According to Express, Enos spoke to press at a private screening of Hanna, and said of acting alongside Kinnaman again:

Well, we spent so many hours together over so many years that we became actual great friends. We’re playing people in this that have a long history so it just, so much of the work was done for us because we know each other so well. What we could do with a glance or gesture, it takes years to be able to get to that kind of comfort level.

Since Wiegler spends the series chasing Erik, it's unclear exactly how much time the pair will spend on-screen together. The film version does feature a climactic fight scene between the two characters and I'd bet on some flashbacks fleshing out their history, too.

The film starred a young Saoirse Ronan as Hanna, Dirty John's Eric Dana as Erik, and Cate Blanchett as Wiegler. It earned an MTV Movie Award nomination in 2012 for Best Music — The Chemical Brothers famously helmed the soundtrack — along with a slew of other awards and nominations on the festival circuit. Both the original film and Hanna the series are now streaming on Amazon Prime.