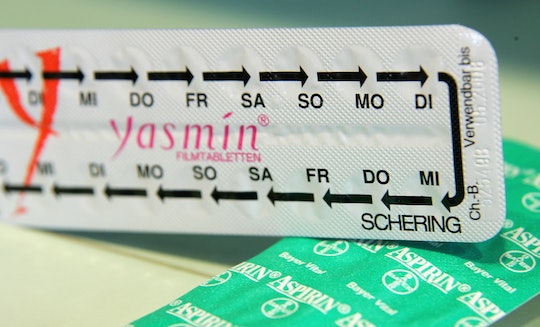 How Trump’s New Contraception Guidance Could Affect Your Birth Control

A controversial plan by the Trump administration allowing businesses to deny birth control on employer health plans is set to move forward, the Wall Street Journal reported this week. Trump’s new contraception guidance would give businesses the ability to cite religious or moral objections to including birth control as a covered health benefit. That could affect birth control availability for millions of women, advocates warn, and is certain to set off another massive legal battle over employers’ ability to impose their beliefs on employees seeking adequate health care.

A leaked version of the Trump rule was published by the New York Times early this summer. The language in that version made it clear that the Trump administration intended to cut contraceptive coverage by allowing for-profit and publicly held companies, as well as insurance companies, to ask for exemptions to the Affordable Care Act’s birth control coverage mandate. The plan also showed that federal health officials understood the implications of the move; one excerpt from the leaked plan reads “The interim final rules will result in some enrollees in plans of exempt entities not receiving coverage or payments for contraceptive services.”

Citing two unnamed sources, the Journal reported that the new regulation closely resembles leaked plans that surfaced last May, and would go into effect exactly as published, with no period of public comment or input.

The Supreme Court’s Hobby Lobby decision already made it legal for employers to leave contraception off of health insurance plans because of religious beliefs. President Obama had instituted an agency-level regulation that allowed women to still have access to birth control coverage even if their employer didn’t offer it, the Journal reported. This new regulation would close the door on that option by blurring the distinction between religious and moral objections, effectively broadening the Hobby Lobby decision and allowing businesses and insurance companies to cite any moral conviction — however vague or fluid — as grounds for exemption, advocates warn. They also say that, given the number of women who stand to be denied coverage under the expanded loophole, the Trump administration is all but guaranteed to face another massive legal battle.

National Women’s Law Center Vice President Gretchen Borchelt said in a statement issued last May that the center would file a lawsuit against the Trump administration if it takes away essential coverage like contraception:

Giving permission to employers and insurance companies for their religious or moral beliefs to override women’s access to basic health care, which is critical to their economic security, is a license to discriminate and an affront to all women.

Millions of women have gained access to birth control through the Affordable Care Act, and all of them have been put at risk of losing this vital piece of their health care. The contraceptive coverage benefit under the Affordable Care Act has done so much to reduce the barriers to birth control that my patients frequently faced. Let’s not go back to the days when patients couldn’t afford the birth control that helps them live healthier lives. [...] An employer’s beliefs have no place in these private decisions, just as they would not in any other conversation about a patient’s health care.

As a candidate, Trump made promising to undoing the Obama-era workaround a signature message to socially conservative voters. To make good on that promise, the president drafted the new birth control regulation with input from members of his team who had spent years attacking contraception as a concept and advocating against it as a legal right, according to a separate New York Times report. Among those architects were Trump special assistant Katy Talento, who once claimed that birth control pills “ruin your uterus for baby hosting” and cause infertility, and Department of Health and Human Services lawyer Matthew Bowman, who has called the birth control pill the “abortion pill” and fought against ACA coverage for it while working at a Christian legal-advocacy organization, according to the Times.

More than 55 million women have access to contraception without a co-pay under the current ACA mandate, the Times reported. And the NWLC estimates that mandated birth control coverage has saved female patients approximately $1.4 billion in out-of-pocket expenses.

Once published in the Federal Register, the new regulation would go into effect immediately, according to the Journal’s report.