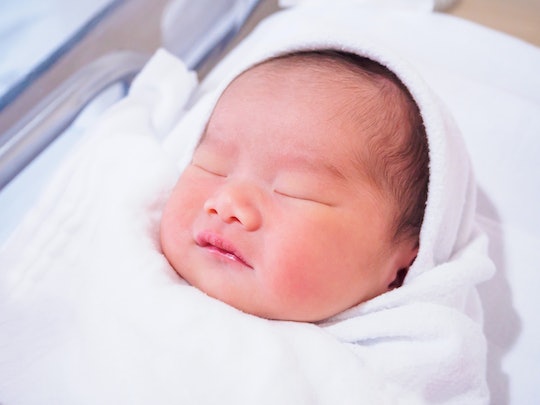 The Difference Between SIDS & Accidental Suffocation

No one likes to think about incredibly tragic scenarios in which an infant suffers a fatal injury, such as Sudden Infant Death Syndrome (SIDS). However, discussing the factors, warning signs, and potential hazards is one of the biggest preventative measures you can take to protect your child. No matter how uncomfortable or upsetting the topic may be, arming yourself with knowledge is a necessary part of being a responsible parent. In fact, simply knowing the major difference between SIDS and accidental suffocation is a particularly helpful piece of information to have. Practicing safe bedtime habits goes hand in hand with educating yourself about the various causes and characteristics of sleep and respiratory-related injuries among infants.

Before addressing the distinction between the two, it's a good idea to make sure you know the definition of each one. When it comes to SIDS, it's important to note that — despite the great air of mystery that has surrounded the topic for decades — modern research has outlined some of the more concrete risk factors. According to the official website of the Mayo Clinic, the exact definition of SIDS is, "the unexplained death, usually during sleep, of a seemingly healthy baby less than a year old." Even though the language is still a bit vague, as the American Academy of Pediatrics (AAP) noted, certain risk factors and preventative methods for SIDS have been identified recently. For instance, placing an infant to sleep on their stomach is considered dangerous, so the AAP recommended that you put your baby to bed on their back instead.

In regards to accidental suffocation, the official site for the National Institute of Children Health and Human Development (NICHD) recently noted that this unfortunate incident typically occurs in bed. The NICHD further explained that accidental suffocation and strangulation in bed (ASSB) is, "when something limits a baby's breathing." Also, despite the association with bed in the title, an infant doesn't necessarily have to be sleeping for this type of accident to happen.

The key difference here is that, although most preventative tips for SIDS relate to keeping their airway unobstructed, SIDS is not definitively caused by suffocation. According to the NICHD, the major difference between SIDS and accidental suffocation is that the cause of death cannot be determined in SIDS, whereas suffocation, strangulation, and asphyxiation can be confirmed by a medical professional. It is certainly a grim topic, but knowing the possible causes and definitions for these injuries will help you better understand how to take every precaution possible for your baby's safety.

More Like This
9 Bedtime Mistakes That Are Keeping Your Baby Awake & How To Fix Them
10 Ways Breastfeeding Is Good For Moms, Too
20 Weird But Genius Health & Beauty Tools For Babies
Gathre’s Winnie The Pooh Collection Is Finally Here