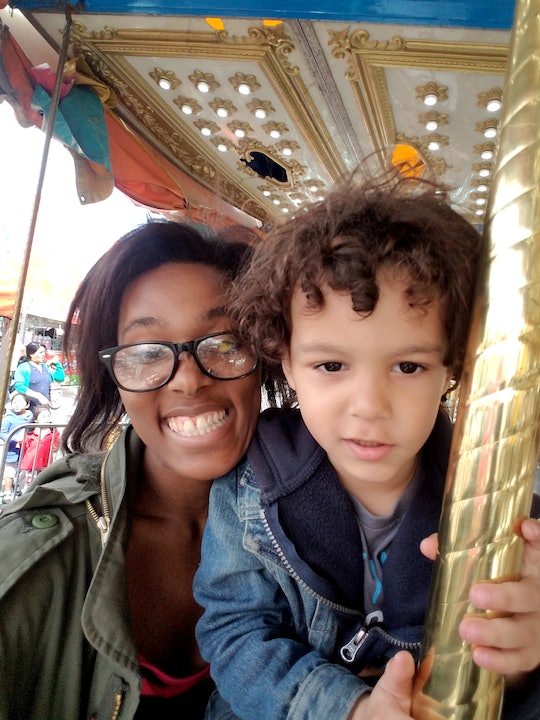 When it came time to wean my son, I thought I would be sad. I thought I would yearn for that connection with him again. But now that I am actively weaning him, I don’t feel sad at all. I am immensely grateful for the time I spent breastfeeding him, but I feel so free that’s it’s hard to be sad or nostalgic at all.

My son is about to turn 4, and I have been breastfeeding him since he was born. That means that for the past 4 years, we have been tethered to each other. I never imagined that I would still be nursing a 4-year-old, but because I spent so much time breastfeeding him, we've gotten to know each other on another level. That doesn't mean, however, that I'm not happy our breastfeeding relationship is coming to an end.

When my son turned 2, I thought I would start trying to wean him. Then after his second birthday came and went, I said I'd wean him when he turned 3. Around his 3rd birthday, I started putting stricter boundaries on our nursing relationship, but I didn’t end it. I could sense that he wasn’t ready, and honestly, I wasn’t ready, either. I felt like the terms of breastfeeding should be mutual, and since I didn't have to wean for any external reasons, like changes in my health or work schedule, I didn't want to stop if he didn't want to.

At first, I tried to gently nudge him in the direction of weaning by eliminating unnecessary nursing, like when he'd ask to nurse because he saw me sitting and looking at my phone. But any time I tried to cut him off, he'd freak out.

I think my son finally sees me as more than just a pair of boobs, and he knows that he can still get anything he needs without nursing.

The biggest push to wean came around the time he hit 3 and a half, when I began to develop intense nursing aversion. Just thinking about him nursing would make my skin crawl. I would still nurse him, but incredibly reluctantly and only for a few minutes, unless he was going to bed at night or down for a nap. Reducing the amount of time he could nurse made him upset, but tapering off helped him understand that soon he wouldn’t be able to nurse at all. He began to not even think about it. Instead, he'd ask for a drink or a snack if he was hungry or thirsty, or a hug or kiss if he was sad or hurt. I was more than happy to oblige.

Recently, we moved across the country. I worried that the change would throw off everything we had worked on in terms of weaning, but the first day we were in our new house, he didn’t ask to nurse at all until he was ready for bed that night. That had never happened before.

After that, we went through a week where he just constantly wanted to nurse. At one point, I was looking up where to get tea that would dry up my milk supply, so I could simply tell him that my milk had disappeared. I ended up getting a new bra that made it more difficult for him to simply reach into my shirt. It was a simple act that made such a difference to my mental health. I could finally see the light at the end of the tunnel.

Breastfeeding for almost 4 years is not easy. It takes a concerted effort, and I’m glad I did it. But I’m ready to see what the next chapter of our relationship looks like.

The final straw was a recent heat wave. My son is always warm, and in the summer he is perpetually sweaty, so the thought of him pressing his hot little body against mine to nurse made me want to jump out of my skin. I knew there was no way I was going through another summer of non-stop nursing, so I made sure our fridge was stocked with cold beverages and ice. Anytime he’d ask to nurse, I’d offer him a cold drink, and he always took it. He still tried to nurse if he was sleepy, but I’d simply tell him to lay down and rest and I’d sit with him.

Now that he’s pretty much weaned, I’m happy to say that our relationship hasn’t changed as much as I had anticipated. I think I had a fear of our bond weakening if I weaned him, but we’re still best buds. I think my son finally sees me as more than just a pair of boobs, and he knows that he can still get anything he needs without nursing. I’m still going to kiss his boo-boos and give him snuggles to sleep. But the most important thing is that I feel like a person again.

Breastfeeding for almost 4 years is not easy. It takes a concerted effort, and I’m glad I did it. But I’m ready to see what the next chapter of our relationship looks like.