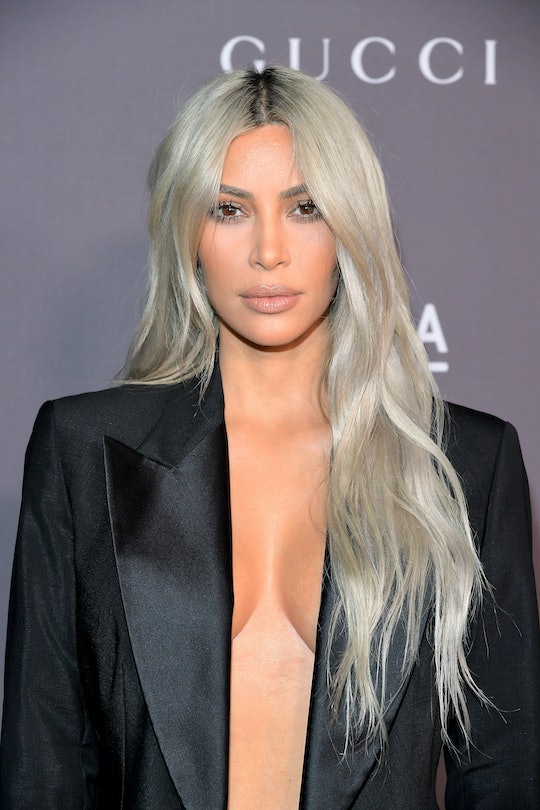 Here's What Kim Kardashian Loves & Hates About Her Family, & It's Super Relatable

Kimye recently welcomed a healthy baby girl, Chicago West, via a surrogate in January, growing their family from four to five. The couple is already parents to son Saint, 2, and daughter North, 4-and-a-half. Meanwhile, Kim's sister Kylie also recently gave birth to her daughter, Stormi Webster, and Khloé is expecting to deliver soon, too. Recently, Kim sat down with People and dished about all the things she loves and hates about her growing family, and what she had to say is totally relatable for anyone who grew up in a big family.

The Keeping up With the Kardashians star was asked which qualities she would take from each sibling and combine to make the ultimate Kardashian. "My brother’s sense of humor, Kendall’s sweetness, Khloé’s I-don’t-give-a-f-attitude, Kourtney’s savviness around finances, Kylie’s ability to just go for it and not care what other people’s opinions are, and my mom's nurturing," Kim said of the qualities she values in her family members, according to People. As for the qualities she could do without, she said: "Maybe… Kourtney’s stubbornness, and Khloé’s getting too sensitive. I would take away Kendall’s anxiety, Kylie’s ‘I don’t care, I know what I’m doing’ thing and probably my brother’s moodiness."

The 37-year-old reality star was quite honest in her response and anyone who has been following the family for years knows that her answers were also pretty darn spot on. The Kardashians are a close-knit crew, but all siblings get on each other at some point or another. And these reality stars are known for being total savages to one another on national television anyway. So Kim's response really comes as no surprise.

Does anyone remember that time Kourtney heard about Rob and Blac Chyna's engagement, to which she responded, "I mean, how many weddings have we been to in this family and they don't mean sh*t?" Or that time when Kourtney and Khloé left no doubt as to who each other's favorite sister is — "Do you have this much fun with Kim?" Khloé asked in one episode of Keeping up With the Kardashians. "Hell to the no," Kourtney responded. Or when Kourtney asked Kim for spelling help and asked if the spelling of "oui" in French is o-u-i, but then questioned why she was actually asking Kim for help.

Come to think of it, Kim is often the butt of all jokes in the Kardashian klan, according to BuzzFeed. They rip on her for her not-so-hit single, "Jam," for the time she modeled on the cover of K9 Magazine, for her 72-day marriage, for her unfounded fame, and so much more. So it's only fair that she can dish it back to her siblings, too.

Maybe because she provides endless entertainment for the family who is always quick to clap back at their mom. There were times when Khloé went off on Kris for dragging Kylie's sex education, Kim lectured her on Instagram etiquette, and Kourtney outed her bladder behavior, according to StyleCaster.

But whatever they say to each other, it's clear that the family loves one another. I mean, they all bit their tongues for nine months to keep Kylie's pregnancy a secret when an entire world was prodding them to spill the beans — including Ellen Degeneres, and how does one lie to Ellen? If that's not enough proof of their unrequited respect for each other, then I'm not quite sure what is.

More Like This
Khloé Kardashian Reveals Tristan Thompson Proposed To Her Last Year & Why She Said No
Kim Kardashian Stars In Hilarious House Of The Dragon Parody, The Targashians
Lifelong Teacher Dr. Jill Biden Loves Watching Abbott Elementary Too
Reese Witherspoon Doesn’t Think Her Daughter Looks That Much Like Her