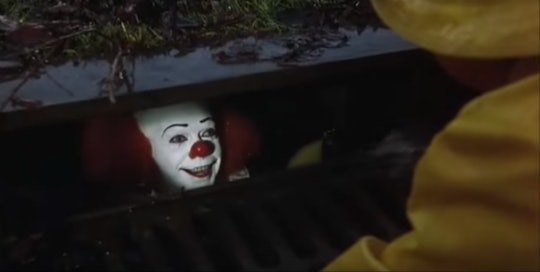 Parents Are Keeping Kids Inside For Way Too Long, Study Says — But There's A Reason

Riding bikes in endless loops around the block, shooting basketballs in the driveway, and playing tag have to wait, parents are saying. According to a new study of 3,000 parents across the U.K., the average age for allowing children to play outside alone is 10.5 years old. They've got a lot of concerns, even though the survey's participants admitted to playing outside by themselves as children when they were, on average, just 7.5 years old — some were as young as 5.

Stranger danger is a fear a lot of parents have. The research commissioned by online parenting resource FamiliesOnline found that 50 percent of parents think stranger danger and abduction are their biggest worries, Birmingham Mail reported. In fact, the study discovered that as children get older (up to 14 years old), this concern increases by nearly one-third.

The second most popular concern was about safety crossing streets, with 41 percent of parents agreeing that traffic hazards made them more inclined to keep their kids inside. This concern dissipates to just 21 percent by the time children reach 14 years of age, however.

And they aren't wrong to be nervous about these things, especially kidnapping. According to Parents, a child goes missing or is abducted every 40 seconds in the United States. But that said, research shows that kids in the United States are no more likely to be abducted today than they were decades ago; in fact, they're much more likely to be returned safely when it does happen. Many state missing-children agencies show declining numbers of cases, according to The Washington Post, and FBI statistics shower fewer missing persons of all ages, down 31 percent between 1997 and 2011.

While some parents fear that social media is making kidnapping easier, it's actually proven super helpful in finding missing persons. Think back to just about every major attack in the country's recent history. A lot of missing victims have been found because Twitter users galvanize by sharing photos and working together. Even run-away animals are taken back to their homes when neighbors share photos of stray cats and dogs in their areas.

On top of that, social media also leaves traces, which means that if something were to happen as a result of social media, it's a heck of a lot easier for the FBI and police to track down victims.

"We all remember playing out alone from a much younger age as children ourselves and it seemed a completely ordinary thing to do," said mother of two and marketing director at Families, Faye Mingo, according to Birmingham Mail. She notes that in today's connected world, however, we're exposed to a lot more. So the dissemination of news on missing children, for example, makes it seem like it's a more prevalent problem — but it's really not.

"We want to instill independence and confidence in our children, but we want to keep them safe too," she said. "The question is, when do we let go?"

A Reddit thread asking the question, "At what age would you let your kids play outside without direct supervision?" offers some insight on the topic, as well. Some parents said that letting their kids play alone outside at a younger age depends on the type of yard. One parent said that, with a completely fenced yard, all their children (when they were 5, 3, and 1) would play without supervision, together or alone. In the front yard on their moderately quiet street, their 4- and 6-year-old children would play by themselves so long as they were checked in on. The 6-year-old could even "roam the (small) neighborhood on his bike or scooter by himself or with a similar-aged friend."

Other parents voiced concerns beyond stranger interactions and street safety. One said they are "planning to go by skills more than age," noting that their son can't be outside alone "until he stops trying to eat gravel/mulch/other choking hazards."

Whatever it be, 10.5 years old just feels too old. I remember playing SPUD on the unfenced front lawn of my childhood home with all the neighborhood kids, and I'd argue that it's a travesty kids today are largely cooped up inside playing on their smart phones. Isn't that a heck of a lot scarier?