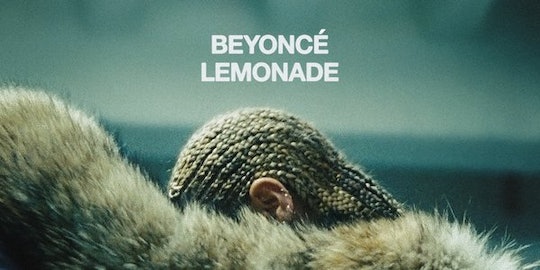 Here's Where You Can Buy 'Lemonade' On iTunes, Because It's Not Just On Tidal Anymore

If you're anything like me, seeing the full, raw, emotional glory that was Beyoncé's premiere of her visual album Lemonade on HBO over the weekend may have made you start contemplating whether Tidal just might be worth the $9.99 a month price of admission. Sure, you can get the free month trial, but you've got to fork over your credit card deets. But Monday brought great news for cheapskates like me: now you can buy Lemonade on iTunes, it's no longer just Tidal exclusive. But maybe Tidal is a better deal.

You can download Lemonade for $17.99 on iTunes. A bargain for sure, considering if you buy the full album you also get a Lemonade "Digital Booklet" and the hour-long Lemonade film.

But Tidal, by comparison, is $9.99 a month after a free trial month, and you also get access to tons of other cool music. In fact, Tidal is the only place you can get Prince's full catalog, which fans are flocking to in the wake of his shocking death last week. Plus, Tidal boasts its boss sound quality and is backed by the artists themselves rather than a bunch of suits. If Tidal can get Frank Ocean's new album — whenever that drops — the service will officially become the center of the music universe.

I'll go ahead and take the advice of women of color everywhere and let them handle the breakdown of Beyoncé's breathtakingly beautiful and powerful statement of black feminism that is Lemonade. But it's an important piece of art and everyone who's ever flopped their hand over to "Single Ladies" needs to see and hear.

Also, Jay Z is a total dog and I am so mad at him if the rumors are true, but if Yoncé has forgiven him, then that just has to be good enough for the rest of us, I suppose. She also gave us a look see at that hot sauce in her bag: It's a bat. Bam!

The music from Lemonade is just as powerful as her visuals. There are collaborations on the album including Jack White and The Weeknd. She even slays a country song! Truly, is there anything Beyoncé can't do? That's rhetorical, because of course not.

But listening to Lemonade without all the mind-blowing visuals is a different experience fans should definitely treat themselves to. Then again, you can't hear "Sorry" without picturing Serena Williams twerking. It's just not possible. \

Either way, there will be millions of Beyhive inhabitants flocking to the service of their choice — iTunes, Amazon, or Tidal — to get some of that Lemonade for themselves. And that, my friends, is how you really break the internet.