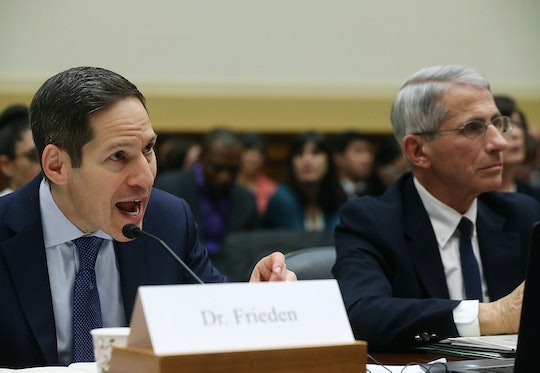 Here’s Where Zika Has Been Found In The US, Because The Virus Is Becoming A Real Threat

Incidences of the Zika virus have exploded in the U.S., but not in areas of Florida and Texas, as officials originally predicted. While federal officials continue to call for a surge in resources to prevent widespread transmission in the U.S., the hotbed site where Zika has been spotted in the U.S is the small, vulnerable territory of Puerto Rico. New CDC estimates placed the likelihood of contracting the virus there as high as 1 in 5, the Washington Post reported. The boom of Zika infections in Puerto Rico has renewed concerns that the virus — which is believed to be linked to severe birth defects and paralysis — will spread to the continental United States in the coming months.

Centers for Disease Control director Dr. Thomas Frieden on Friday updated a Congressional subcommittee on federal efforts to stop the virus. In his testimony, Dr. Frieden said that, since the virus was spotted in the Western Hemisphere late last year, Zika has spread to 32 countries and territories, including at least 147 confirmed cases in the United States. And while most of the US cases were travel related, Frieden told elected officials that the CDC confirmed 35 locally acquired cases in the Commonwealth of Puerto Rico, one in the U.S. Virgin Islands, and four in American Samoa.

The mosquito-borne pathogen Zika has rampaged parts of South America and Central America, raising concerns that pregnant women in those areas will be affected and transmit the virus to their unborn babies — potentially causing microcephaly and raising the risk of miscarriage, Frieden said. With its population of 3.5 million people, the island of Puerto Rico is considered “by far the most affected area in the US,” Frieden told members of Congress on Friday. “It’s also particularly scary because in Puerto Rico, cases are doubling every week,” he added.

So far, officials have reported at least 147 confirmed cases of the Zika virus in the United States, and while most cases are travel-related, a rising number of local cases have been reported in Puerto Rico, according to Dr. Frieden. After Frieden’s testimony, the CDC reported an additional 117 diagnosed Zika cases confirmed in Puerto Rico — four times the number reported by the end of January, according to CNN.

In the face of a coming wave of Zika infections, Puerto Rican authorities have already begun distributing free Zika prevention kits, created with support from the CDC and the CDC Foundation. The kits include insect repellent, products to kill mosquito larvae, condoms, and information on reducing the risk of infection.

The latest CDC reports on the growth and potential spread of Zika in the U.S. were alarming, but a potential bright spot was news of a new test for Zika antibodies under fast-track approval from the FDA. Fast diagnosis has been a crucial issue for stopping the spread of the virus, but so far only CDC and certain state labs had the ability to perform the specialized testing for the virus. A widely-available test could make a huge difference in Puerto Rico: officials there expect labs to run more than 100,000 Zika tests on pregnant women in the coming year, the Post reported — five times as many as the labs currently have the capacity to run.

“In a matter of just weeks, we’ve been able to scale up production, get through regulatory approvals and are now rolling the test out across the United States,” said Frieden.