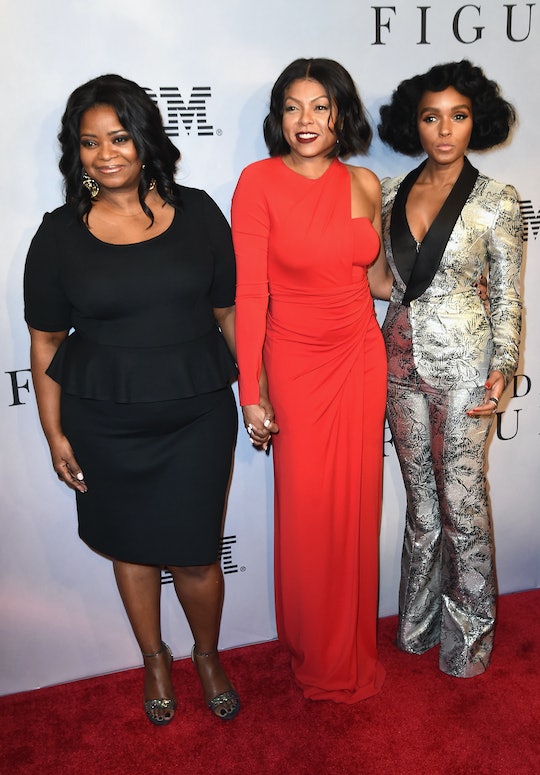 These "Hidden Fences" Memes Are Amazing

For some reason, a few people couldn't quite get a handle on the fact that Hidden Figures and Fences are in fact two different movies, and not one movie called "Hidden Fences" at the 2017 Golden Globes. Luckily, Twitter is here to make everything better. "Hidden Fences" memes from the 2017 Golden Globes are amazing. It all started when Jenna Bush, George W. Bush's daughter who now works for NBC, asked Pharrell about his movie "Hidden Fences." Pharrell worked on Hidden Figures, in case you were wondering. Michael Keaton then doubled down on the mistake by presenting a nomination for "Hidden Fences" instead of Hidden Figures also. These are two different movies, guys. Not the same move. Let's get this straight once and for all.

Twitter immediately pounced on the fact that some people can't seem to understand the fact that not all movies that are about black people are the same, with several clever tweets and memes that combine other movies together. Think, "The Help Got Away With Murder" which is one of my personal favorites. Public gaffes are the mother of all the most inventive Twitter witticisms, and at least for that, we can be truly grateful to the internet.

While you are all enjoying that, though, I'd like to take a minute to talk about why this gaffe is just so cringe-worthy, and why we are now all enjoying so many of these ridiculous memes. It's taken a long time for people of color to be recognized for their work, particularly in Hollywood, which is famously whitewashed. Movies about and/or starring black people rarely ever get the attention or the accolades they deserve, so when there are two great films being honored in the same category, it is your damn job to make sure you treat these films with the respect they deserve.

We could also take a minute now to think about why these two are the only two movies that keep getting conflated this way. Is it just because the words "fences" and "figures" both happen to start with an "f"? Or is it because these are both movies created by black people about black people? I don't think it's much of a reach to say the answer is closer to the latter, which is inexcusable. At the very least, it's nice to know that the world in general, or at least Twitter, has got a good grasp on the insanity of the situation and isn't afraid to call others out on it.