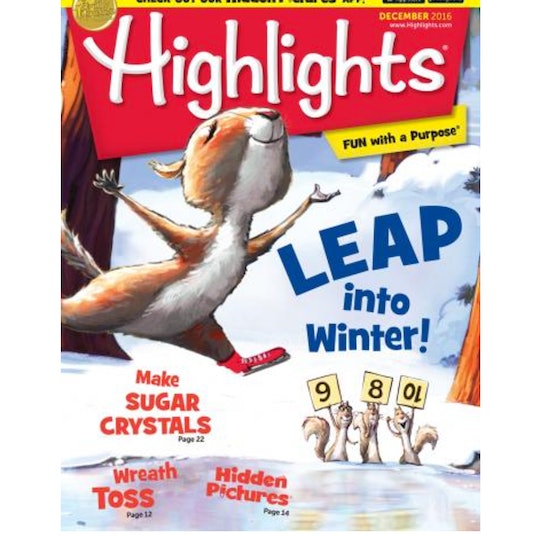 After a drawn-out back-and-forth about representation and inclusion for all types of families, the children's magazine Highlights will feature same-sex parents in its upcoming issue. Although the conservative advocacy group One Million Moms lobbied against the decision, one of the oldest children's periodicals in the country has ultimately concluded that "love is the essential ingredient" that makes a family, and will end its 70-year tradition of excluding queer people from its pages. It's an encouraging step forward, and an exciting opportunity for children to grow up believing that families that may very well reflect the makeup of their own are legitimate, valuable, and, above all, normal.

The somehow-controversial cartoon image shows two dads and and their children loading up a station wagon for a family camping trip. It will be featured in the February issue.

The discussion around Highlights' traditionally heteronormative depictions of families kicked off with a public Facebook message to the company back in October. Kristina Wertz wrote that although her 1-year-old daughter loves Hello, a Highlights publication for the under-2 set, she and her partner found it upsetting that families with either two moms or two dads never graced its pages. "One of the reasons we appreciate Hello is the diversity represented — families of all races, interracial families, and grandparents," she wrote. "We are consistently disappointed, however, in the complete lack of same-sex parents in Hello magazine."

Highlights originally responded that it would consider how to address this topic in "developmentally appropriate ways for our broad audience," according to LGBTQ Nation:

This deferment outraged LGBT people and allies, who insisted that inclusion is vital and even launched the hashtag #HighlightLGBTFamilies to encourage just that, The Huffington Post reported. And, much to the chagrin of One Million Moms — which in a responding statement implored supporters to "urge Highlights to go with their initial decision and not cave into pressure from LGBTQ activists — the magazine soon agreed that the time was now.

The idea of two fathers and their son and daughter taking a quintessentially American trip together — just like many, many other families have for centuries, probably — is totally innocuous, to the point where it's actually universal. "Has your family ever taken a memorable family trip?" reads the text accompanying the image. "Tell us where you went and what you liked about it."

Doing what's right isn't always smooth sailing, of course, something Highlights understands well. "We did expect and received a backlash when we committed to becoming more fully reflective to all the different kinds of families out there," editor-in-chief Christine French Cully told The Washington Post. "We expect this will make some people unhappy. Our focus remains on creating the best possible content for children."

And in doing its small part to affirm that families that fall outside of the one mom/one dad norm are just as worthy of celebration, Highlights is certainly doing right by helping kids grow up to be open-minded and accepting of their own and others' sexual orientations.