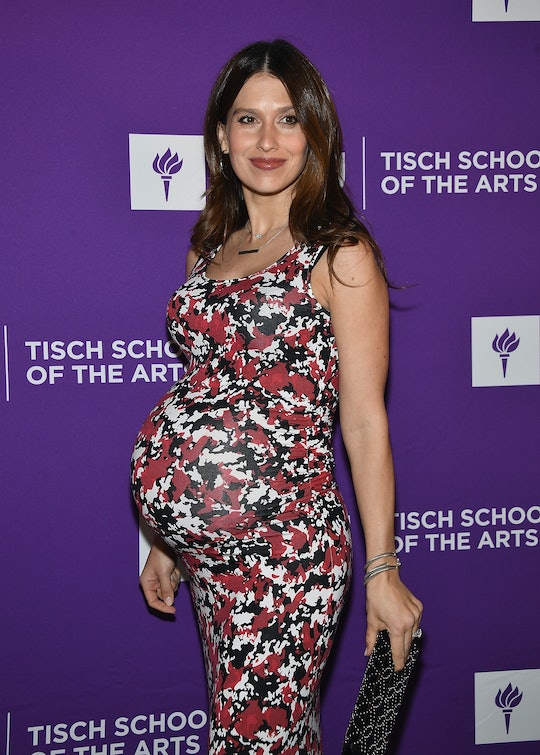 Hilaria Baldwin Was Accused Of Editing Her Postpartum Pics, & Her Response Is Epic

As a newly minted mom of four, Hilaria Baldwin has no time to deal with internet trolls. So when a recent Instagram photo of hers garnered comments accusing her of photoshopping her postpartum body, Hilaria Baldwin retaliated with a pretty perfect followup post.

In May, Baldwin, 34, and her husband Alec Baldwin, 60, used Instagram to announce the arrival of their fourth child together, a baby boy named Romeo Alejandro David Baldwin. Since giving birth a little over two months ago, the wellness expert and former yoga teacher has unsurprisingly filled her Instagram with photos of her new baby as well as short videos of herself working out. Over the weekend, Baldwin Instagrammed a mirror shot of herself wearing a bra and underwear to update her fans on her postpartum body. "10 weeks, one day... it’s been a while since I posted an update photo like this," she captioned the image. "I do it to inspire feeding and exercising your body right. If it resonates with you, wonderful! If not, think of it as a bikini and scroll past ❤️."

But because the internet is the internet, some people couldn't help but criticize her. Ugh. A slew of haters commented on the photo, accusing Baldwin of using Photoshop to alter her body in the photo, People reported.

"First thing I thought was Photoshop," one person commented on the post. "She always looks fantastic but that is Photoshop," someone else wrote. "That Photoshop is crazy!!!" read another comment. "You are naturally beautiful but it’s sad that you feel the need to Photoshop," one more person added.

Many of Baldwin's fans came to her defense. "Obviously NOT Photoshopped — the door would be warped if it was," one person replied. "The greatest compliment is when people accuse you of Photoshopping your picture — to them, you are too perfect. No need to defend yourself. That’s their problem," someone else added. "Loling at everyone thinking it’s Photoshopped. Any one who is this size knows exactly what that is. Ribs stick out at almost every angle," another fan added.

But the best response came from Baldwin herself. She posted a video of herself in the same outfit, in front of the same mirror, showing the camera her body from various angles.

"For those who are saying I Photoshopped... how about this? If my ribs look funny, I apologize for them🙄," she captioned the video. "I just had a very large baby so maybe they are still expanded. I don’t know...or maybe they will be like this forever. Whatever, I got a beautiful baby out of it, so I’m fine with them."

She then continued by explaining that not only is she "the worst" with technology, but that she has always been a proponent of celebrating her natural body. She continued:

I’m the worst with technology anyway, so the idea of me altering an image is laughable. If you know me, I’m totally against all of that and have been an advocate for appearing natural. It’s a shame that people are so accustomed to fake, that they want to see it everywhere. I teach health because I want you to be happy and healthy. I believe life is both too long and too short to not be. I see the potential in everyone, and believe in my method and I want to help as many as possible. If you would like, take my hand in this quest for feeling good and treating your body well. If not, it is ok too... but don’t cheapen my message by saying silly things. Just move on to somewhere else.

While no public figure should ever be obligated to respond to trolls leaving rude comments on their social media pages, it's awesome that Hilaria Baldwin took this moment to talk about how what she values about working in the health field. Here's hoping her haters heard her loud and clear.