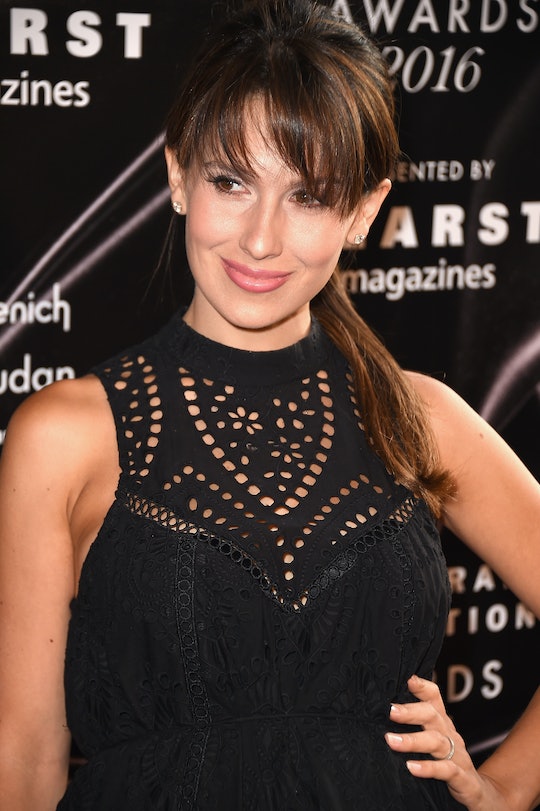 Taking a selfie in my underwear and posting it to social media wasn't exactly high on my list of things I wanted to do 24 hours after giving birth (or, let's face it, kind of ever), but after welcoming her third child — a son named Leonardo — with husband Alec Baldwin Tuesday, Hilaria Baldwin posted a postpartum selfie taken from the bathroom of her hospital room, to show her followers that those coveted celebrity "post-baby bodies" certainly don't happen right away. According to TODAY Parents, Baldwin explained that she decided to take the photo to push back against body shaming and unrealistic expectations about what women are supposed to look like after giving birth, and to "normalize a real body." Baldwin wrote,

I took this yesterday when Leonardo was about 24 hours old. I did the same thing right after Rafael was born. It always makes me a bit nervous to do something like this, but I feel that in the age of such strong body shaming, I want to do all that I can to normalize a real body and promote healthy self esteem. Many of you know that I love to show the process of life's experiences on the body and I am a firm believer in how a good diet and the right balance of exercise make us happy, healthy, and strong. 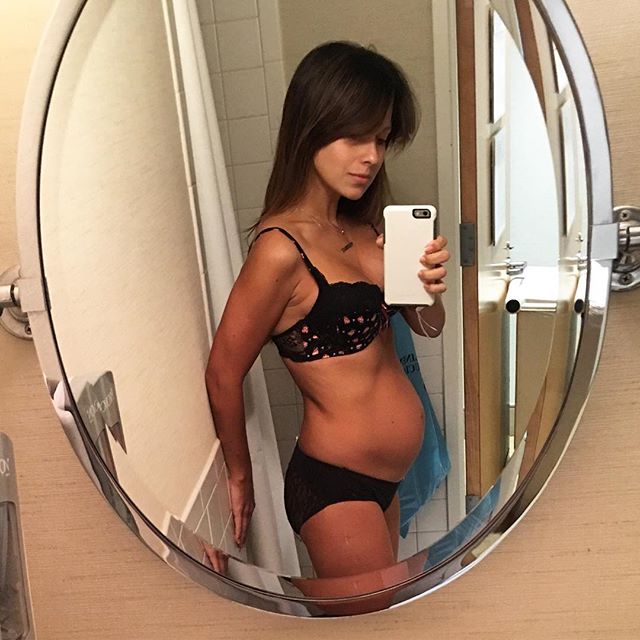 But her quest to get real about birth didn't end there. Baldwin also shared a number of details about Leonardo's birth — and even spoke about postpartum bleeding:

Common questions last time were: Did I have a c section?: No, I pushed him out Where are all the pads for bleeding?: I took them out briefly to snap this pic as there is a limit to how much you need to see 😂. Where am I?: in the hospital room bathroom #glamour Oh, and no filter. Just brightened it up a bit. 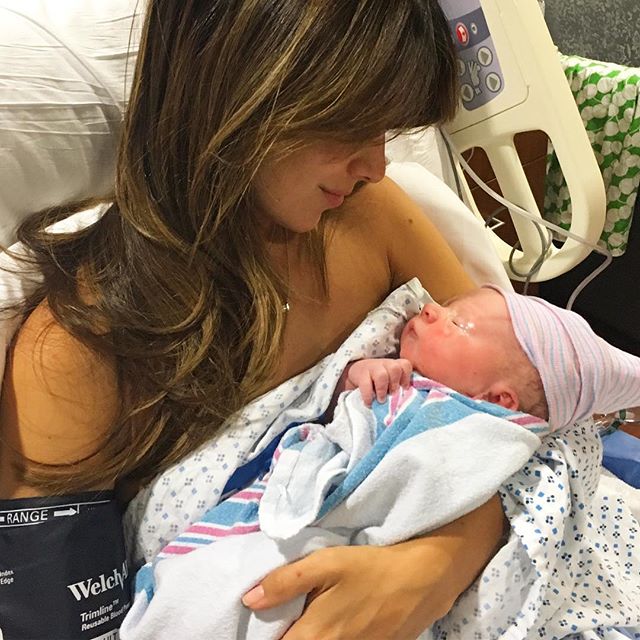 Of course, there's no question that Baldwin still looks ridiculously great for having just given birth (or, ridiculously great in general really), and I can't help but wonder if her "anti body shaming" selfie won't inadvertently still make a whole lot of women feel inferior, because, seriously, why isn't she puffy and gross?! Where is the mesh underwear?! But her point is still an incredibly important one: women who just gave birth still have bellies that need time to adjust to no longer being home to their babies, and it's reassuring to see that in such an upfront way.

Honestly, the "I just gave birth, so why do I still look pregnant" question is one I hadn't even sort of been prepared to ask myself after my twins were born — wasn't it supposed to just magically disappear (or at least, look kind of lumpy and doughy?). The reality of post-birth bellies isn't something that is always readily discussed (along with other postpartum symptoms, like the aforementioned bleeding, or the hormonal night sweats, or the discomfort of your milk supply adjusting, etc. etc.), and that's a total disservice to new moms. But as ob/gyn Dr. Michael Cackovic explained to SELF, the truth is that the uterus of a woman who has just given birth is about the same size as it was when she was five months pregnant, and that women who have had C-sections or who have been given birth before will likely have even bigger postpartum bellies than first-time moms delivering vaginally (who knew?).

Even though staying active and healthy throughout your pregnancy is great and can certainly help recovery, most women who have given birth know all too well that there is so much that is out of your control about how you look and feel afterward. Having a C-section can obviously make healing much more difficult (you know, given that it's major abdominal surgery and all), and women who have given birth vaginally still have to go through the huge adjustment of fluctuating hormones and, well, the fact that they've just literally pushed a person out from their lady bits (especially if there was tearing or an episiotomy involved). It's natural of course to want to feel comfortable in your own skin, particularly when your entire life has just changed in what feels like the blink of an eye, but for the majority of new moms, that will probably take at least a little while.

There's nothing wrong with wanting to "bounce back" and have a flatter tummy or fit into your pre-pregnancy jeans again, and it's seriously awesome that women who (like me) may not have even realized that their bellies would still look pregnant after childbirth can see someone like Baldwin flaunting her post-partum bod without shame. But if you don't look a thing like her — if you look in the mirror and feel like you don't even recognize yourself, or if you're wondering if you'll ever feel comfortable with your body now that it's been changed by pregnancy — that's OK too. No mother — or woman, or person in general — is obligated to look any particular way, to lose weight or gain weight or hide their stretch marks or flaunt them on social media. Everyone who has ever been pregnant has a "post-pregnancy body" just by virtue of having once homed a tiny human inside of it, and going to the gym or feeling proud enough of it to take a selfie in your underwear doesn't make it any better or more worthy than anyone else's.

Like Baldwin's selfie shows, there is absolutely no need to feel bad about how you look after giving birth, and that's true whether you happen to look as Insta-perfect as she does or not. And really, that's probably a message all mothers could benefit from hearing way more often.