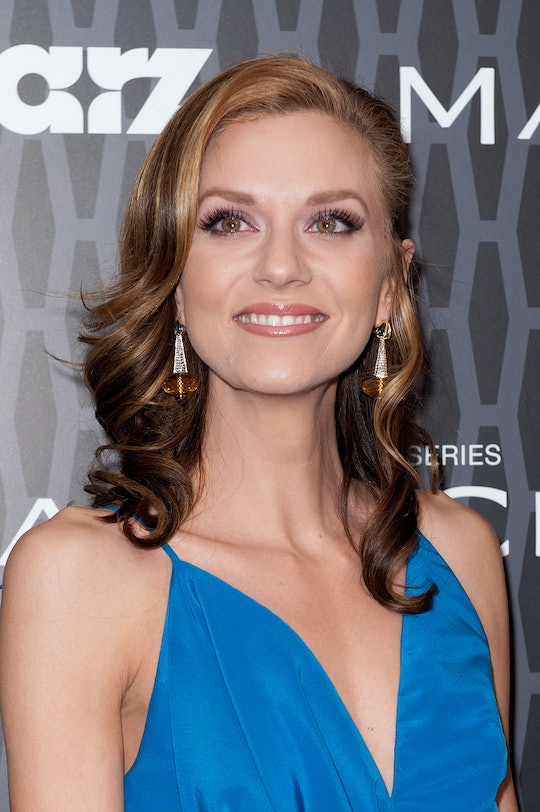 Before I had kids, I thought parenting would be mostly cute Hallmark moments with well-groomed children in holiday clothes. Now I know life with little ones is mostly the opposite (cheerios spilled everywhere, kids not wanting to get dressed — you get the picture). And while it can be easy to feel like a failure in these instances, Hilarie Burton's photo of her toy-filled toilet is a reminder that chaos is par for the course when you're a parent.

One Tree Hill alum Burton and her husband, Jeffrey Dean Morgan (you might recognize him from The Walking Dead) seem to be more active on social media these days. Maybe it's because the pair have two kids (Gus, 9, and George, 1) and a farm in Upstate New York? That's a lot of built-in comedy right there, folks.

In any case, I'm glad they're sharing more about their lives lately because the content has been amazing — all the way from Morgan's documentation of the animals they tend to (they might have an emu, but this city girl isn't too sure) to Burton's regular postings about her kids, their social media musings hit mark.

But Burton's most recent post is arguably the most relatable, aka waking up to find toys and stuffed animals thrown in the toilet. Sigh. This has happened to me one too many times.

"Welp. This is how today starts," Burton captioned the hilarious July 9 shot, which showed a stuffed animal, teething ring, and who knows what else shoved into the john. Ha! This photo sums up toddler life perfectly, doesn't it?

"That’s how my day starts everyday, usually it’s my hairbrush and makeup," one person wrote.

Another fan commented: "The toilet water looks clean, you’ve got that going for you!"

Someone else chimed in, noting the one time when their daughter shoved most of the kitchen spoons into the VCR. Dang!

Fan commentary aside, I'm probably not the only one who enjoys it when celebs show their "real side." The fam comes across as that cool, artsy family you'd want to invite over for a BBQ.

Morgan also commented on the snap, joking, "I don’t see my glasses. All good." What a relief — toilet-soaked glasses is not ideal, to say the least.

But as much as Burton seems like a down-to-earth mom, she has an ambitious side too. Not only is a book in the works, but she recently starred in a Lifetime Christmas movie titled, The Christmas Contract. The mom is also busy working on a project involving her farm — she plans to showcase the products of local vendors in her neighborhood via a website called Mischief Farms. Phew, color me impressed.

All of this might be a lot to juggle with family life, but I'm confident Burton and Morgan will ace this parenting thing, toy-filled toilets and all because chaos is simply par for the course when you have little kids running around.