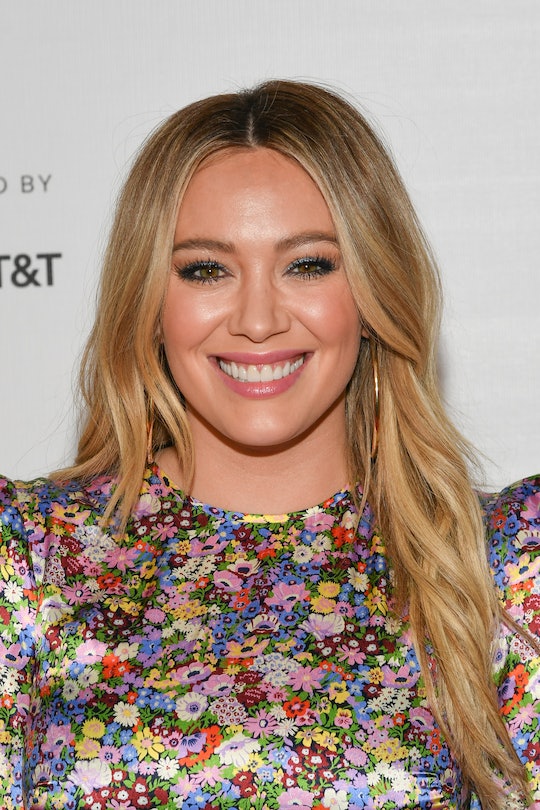 And she's off! This star's baby has made the transition from infant to mobile child in what seems like the blink of an eye, with a super-fast start to hitting that "active" phase, but it must be all the more emotional for her mama to see everything happening so quickly. Hilary Duff's daughter Banks is crawling at 6 Months, and the video just oozes so much cuteness.

As Us Weekly reported, the star has just gotten to experience the amazingness that is watching your tiny child figure out how to get from one place to another. It's crazy to see this for the very first time, and as a Duff fan it's cool to be part of her genuine excitement.

Duff posted the video on her Instagram account in the last day, so that means this really is breaking news in the home the Younger star shares with partner, Matthew Koma, and son, Luca Comrie, 7, as the magazine confirmed.

In the adorbs clip, Duff and Luca can be seen rooting for little Banks Violet, as she pushes her way across her nursery floor to her mom and brother. Luca is ecstatic as an adorably diapered Banks gets to him clear across the carpet, with dad Koma cheering from behind the camera.

"Come on,” Duff calls to Banks, who then does get a move on.

“Oh, my gosh. Yay! [Come] get your brother," an emotional Duff exclaims.

Duff's many other fans enjoyed the moment too, judging by the response on her social media. "Nothing is sweeter than this! She was cruising to her big bro," posted one user, while another noted that "We don’t know what’s cuter, Banks crawling or Luca cheering her on! ❤️"

Duff, whose tells-it-like-it-is interview style is why I suspect she's earned so many supporters, has been extremely honest about her life in recent years on Instagram, from posting about being a young, single mom to Luca to finding her Prince Charming in Koma to her absolute joy in finding out that Baby 2 was on the way.

Duff has also not pulled any punches about trying to juggle a public career — she commutes between LA and New York for her show — and wanting to be there for her kids, as she discussed with Parents magazine. But her clear joy in being a mama is always apparent, even when she opened up about cutting back on breastfeeding Banks, which was a heart-wrenching process.

And with the news having broken earlier this month that musician Koma proposed to Duff, as People confirmed (you can see the gorgeous engagement ring for yourself on Instagram), it just seems like an epic time for the actress and her family right now, a golden moment in which everything has come together that they will always have to look back on.

Of course, there's also the possibility that a newly-on-the-move Banks will topple over anything engagement gifts that have been delivered. Because that's another part of family life, with multiple kids including a toddler-in-training. Welcome to the craziness, Hilary.