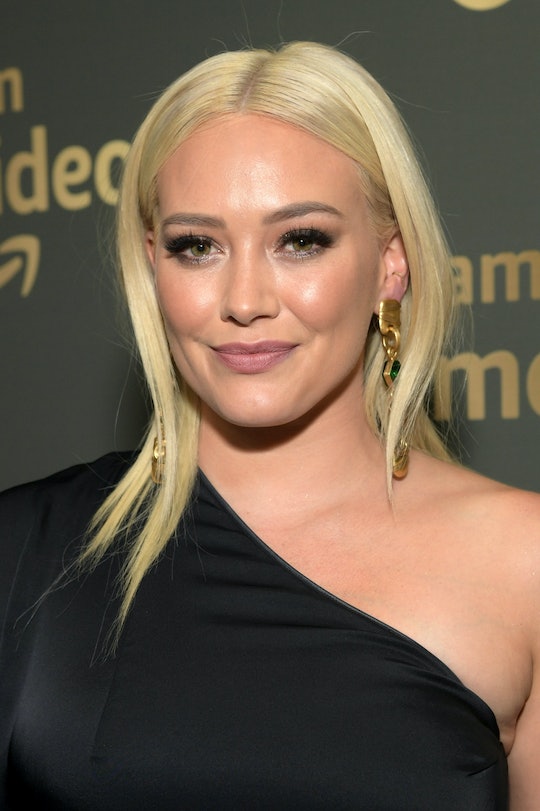 She juggles a hit show shooting on one coast with a baby and an elementary schooler based on another, and on most occasions, makes it look easy. But this time, Hilary Duff's Instagram shows how much she misses her kids while on location, and it's not always easy, even if you're a television star.

As the UK's Daily Mail newspaper reported, with baby Bank Violet turning four months, it was time for Duff to report back to work on the set of Younger, her hit TV show.

The only problem is, the show shoots in New York, as the Daily Mail noted. Hilary's home base is Los Angeles, according to People...which means she may not see all of her family while on her East Coast set.

(Duff's partner is musician Matthew Koma, with whom she welcomed Banks, and she also has son Luca, 6, with ex Mike Comrie, according to Us Weekly.)

And while, from what I can tell, adorable little Banks may be with mama (and may be watched by a helper), Luca is clearly back at home in Los Angeles (being that he has a whole life there and whatnot), necessitating video chats and phone calls with his mama on the East Coast.

"Cartoon face timing with my dude Miss this kid in a way I can’t explain. #workingmomlife #distancesucks #superluc," she captioned an edited shot of the two of them video chatting, which she posted on Instagram. Aww... this must be so hard.

Even though her pics on social media, in general, show she seems to love her show and her co-stars, it's easy to start to worry about your role as a mom when you're not with your kid. The mom guilt can definitely start to creep in.

"For me to be here for four months to shoot this show, you have to have a good team in place somehow," she told E! Online a while about juggling a show that's put her back in the public eye with her strong commitment to her kids.

Of course, being photographed kidding around with co-stars (co-star Nico Tortorella sampled her breast milk, as BuzzFeed reported) and all dressed up for scenes, sure looks like it's all play.

But things haven't exactly been slow at home: Duff decided to hire a sleep expert to get Banks snoozing through the night, as People reported in another story.

And on Valentine's Day, Koma gifted Duff with, according to JustJared, her own alpaca. (Surely you would think this working mom wouldn't want another life to be responsible for... but, it turns out, you would be wrong.)

With her family, relationship and career all seemingly going so well, Duff sure has a lot to be grateful for — and an awful lot on her plate. "I don't always balance it all, I do the best that I can, and some months are crazier than others," she told E! News last year.

Amen to that, sister! I can't wait to see the episodes of Younger she's filming right now, but here's hoping she gets plenty of family time soon.