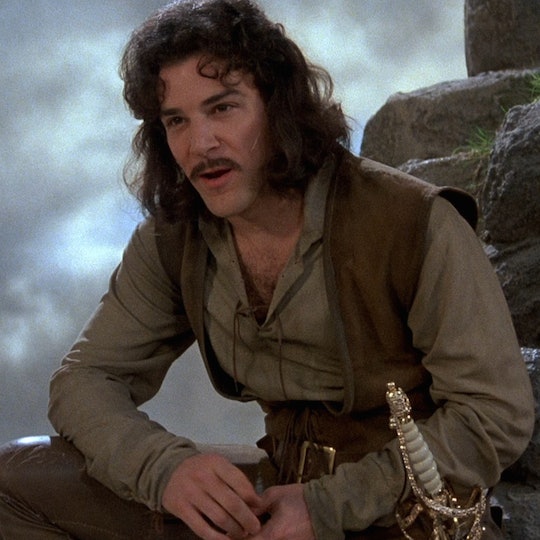 Ted Cruz and his merry band of GOP candidates have been bringing up the The Princess Bride a lot lately. Apparently it's one of Cruz's favorites movies. He's quoted it during interviews, and recently Lindsay Graham used the film to refute some of Cruz's own policy stances. It's all over the GOP field, which, to say the least, is distressing. To put a stop to all this, Hillary Clinton posted GIFs from The Princess Bride as a response to Republicans who keep quoting and referencing the 1987 classic film. It was a masterful move by the Clinton campaign, and probably one of the best presidential blog posts ever.

Hillary Clinton's post used moments from the classic film to illustrate how wrong it is for Republicans to be quoting The Princess Bride. It even lists ways Republicans "take some of their policies from wacky misrepresentations" of the film. Mandy Patinkin, who played Inigo Montoya and now stars on Homeland even told the New York Times that Cruz doesn't seem to fully comprehend the meaning of the movie. That's a major burn for Cruz whose fanboy status extends to a repertoire of Princess Bride impressions.

The Clinton campaign went on to suggest that, given their love of the film, maybe Republicans got some of their policy ideas from the cult classic. Take their approach to tax cuts for the rich, for example:

And what about their fixation with constructing large walls and moats around America to keep people out?

And their refusal to extend rights and protections to LGBT Americans?

It's starting to make sense, right? I think the Clinton campaign is really on to something. The post ends with a hearty call for a better interpretation of the brilliant comedy and a better candidate. The result of the presidential election will be all up to us, according Clinton's post, and according to a certain mysterious farm boy.