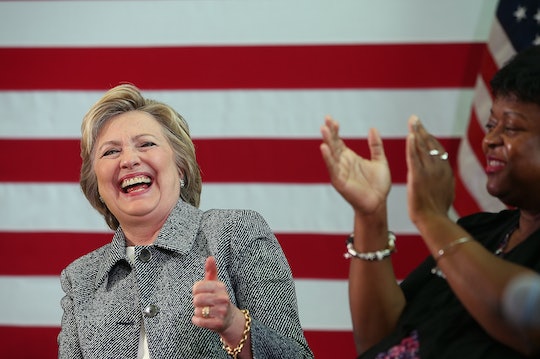 With many saying the Democratic presidential nomination is all but a mathematical certainty at this point for former Secretary of State Hillary Clinton, the vice presidential rumor mill has already begun. The question of late on every politics-obsessed person's mind: Who will Clinton pick as her running mate heading into the Democratic National Convention in June? There are plenty of names floating around out there — some even confirmed by the campaign. But while all the buzz of the moment is around who Clinton might pick for her number two, there are definitely some Hillary Clinton vice president picks that will never happen.

In April, a short list of possible vice presidential candidates being vetted by the Clinton campaign appeared in The New York Times. That short list included political heavyweights like Virginia Sen. Tim Kaine, the Old Dominion state's former governor; New Jersey Sen. Cory Booker, former mayor of Newark; and Ohio Sen. Sherrod Brown. But the big name everyone is chattering about is the all-woman ticket that could be Clinton and Massachusetts Sen. Elizabeth Warren. Here's the sad truth though: A Clinton-Warren ticket — as amazing as it would be — just isn't going to happen. Here's why, as well as four other very unlikely vice presidential picks for the presumptive Democratic nominee.