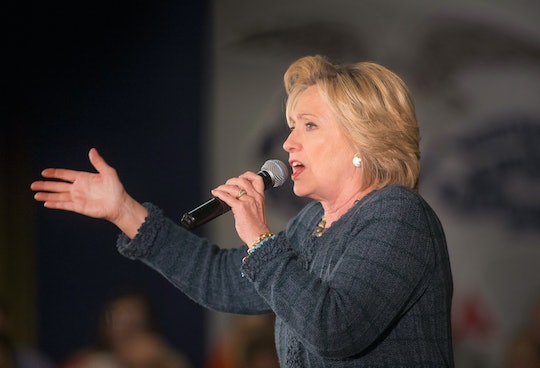 Eight years ago, Hillary Clinton and then-Illinois Sen. Barack Obama were locked in a fierce battle for the Democratic nomination for president. So, few things show just how much has changed since eventual President Obama took office than a simple State of the Union tweet from Clinton, in which she referred to him as her "friend" and said the nation is better because of him. In a time where everything is political, it seems that was a truly unique tribute. (If not also slightly political.)

Clinton went on to serve as Secretary of State under Obama and the two became allies with many similar goals. And it seems Clinton's affection for Obama is mutual: one former White House aide said Tuesday, "I think Barack Obama believes that it is incredibly important that Hillary Clinton succeeds him," according to CNN. Obviously Clinton wants the same thing, as she subtly said in her tweet by adding, "Let’s build on his progress."

When the State of the Union began, Clinton's campaign continued to tweet support for Obama. Still, few of the messages were more poignant than the tweet — directly from Hillary, as evidenced by the -H signature — that kicked off the evening.

Next year, it may be Former President Obama calling POTUS Clinton his "friend."