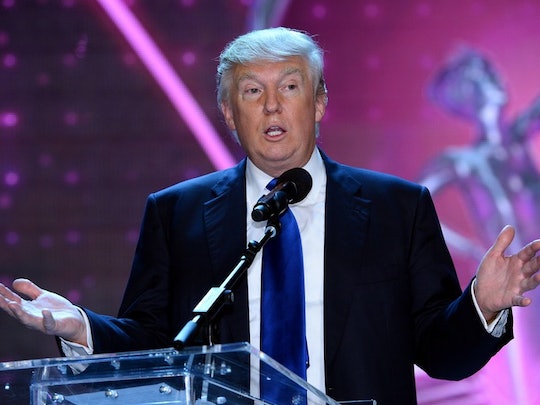 It was only a matter of time until people started to get angry about Donald Trump hosting Saturday Night Live. After his racist remarks this summer, Hispanic groups are all out protesting Trump’s scheduled appearance to host SNL this weekend. Ever since NBC announced that the Republican candidate would host the November 7th episode, there has been outrage all over the Internet. And they have their reasons. Almost as soon as he announced his candidacy, Trump said that Mexican immigrants bring crime, drugs, and are rapists. Everyone should just take a moment of silence for common sense, because it obviously died the moment anyone let Donald Trump say things like that outloud on national television.

The National Hispanic Leadership Agenda, which is composed of 40 Hispanic organizations, wrote a letter to NBC on October 15th, just after the announcement that he would be taking over the sketch show for a night. They wrote that:

Donald Trump has yet to apologize for his bigoted comments about Mexican immigrants. Allowing Trump to host SNL will legitimate and validate his anti-Latino comments… We are appalled that you would enable Trump’s hateful speech for nothing less than a ratings ploy and ask that you rescind the SNL invitation.

They've scheduled a demonstration for Wednesday night, just when rehearsals get going for Saturday’s show, in front of 30 Rockefeller Center in New York City. But Trump isn’t fazed a bit. In fact, he claims that his appearance on the show is nothing but good ratings for NBC, which is probably true. Trump told CNN that the SNL protests will drive ratings and that he “[knows] these groups, many of them are scam groups.”

Whether they’re scam groups or not, a lot of people are very unhappy that Trump will be center stage for an hour and a half this weekend. There’s a MoveOn.org petition that has over 145,000 signers as of this writing and celebrities like Margaret Cho and John Leguizamo have tweeted their support for the protestors.

But NBC has remained relatively quiet about having Trump host SNL (though they supposedly cut ties with him this summer). If anything, it looks like the show will go on.