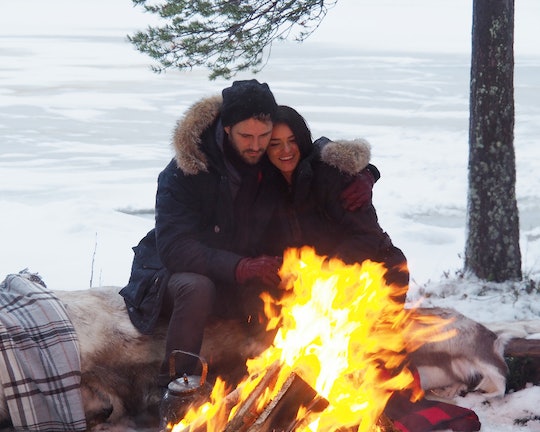 'The Bachelor' Gets Really "Historic"

Yes, that time has come! We have survived all the one-on-ones and hometown dates and cheese pasta we possibly could, and now we've reached the finale of The Bachelor. Who will Nick choose — Vanessa or Raven? Of course, Chris Harrison's not fessing up, but he does promise a "historic" ending on After The Final Rose. They've promised similar dramatics before in Bachelor Nation, but we know it may fall flat. What could the ending possibly be? Historic tweets and memes about The Bachelor finale may be better than the real thing.

We've been through this routine before. It seems that every finale that comes around is going to be the most historic and dramatic yet. Last season of The Bachelorette, Chris Harrison made similar claims... and JoJo didn't exactly make a "historic" choice. ABC picking Nick for The Bachelor was somewhat historic, as there has never been a Bachelor who has been on The Bachelorette twice and Bachelor in Paradise before being the one to call the shots. OK, yeah, that's also because no one but Nick has been the type of person to do that. And, alright, ABC picking Rachel as The Bachelorette was also historic, as she's the first black Bachelorette (and it's the first time they announced it the way they did)... but that was a long time coming. Is there room for anything actually historic with this finale? Twitter seems to think so:

So, what could it be? There is a chance that it's not historic at all, or marginally historic because Nick finally got engaged instead of ending up alone. But let's assume that it's not all talk — what happens during After The Final Rose? It may end up bad for Nick. Perhaps he gets dumped by the woman he chooses... or both of them. Then again, would that even be historic? (Kidding.) While there have been Bachelors who don't end up engaged at the end of their season, it would certainly be a surprise.

Another possibility could be that it doesn't really have to do with Nick. Maybe his fiancée has a huge announcement for him, like a pregnancy. Or, does it not have to do with any of them? Maybe it's another first for the next Bachelorette, Rachel. Chris Harrison and ABC couldn't stop going on about how much of a breakthrough her season will be, so they may be getting a jump start. Whatever it is, they'll be sure to drag it out throughout the evening.